Nothing like coming out of semi-blog retirement and being all, “HEY GUYS! MISS ME? LET’S TALK ABOUT BOOBS!”

What can I say? I like to keep people on their toes.

It’s World Breastfeeding Week here on the good ole’ interwebs and something inside me has been calling me to write about this. There’s always talk {read: ridiculous debates} about breast vs. bottle, breastmilk vs. formula. It’s time to help shed some light on the standpoint of being somewhere in the middle. {get it!?} Both my girls were 100% breastmilk babies. But guess what, Lincoln is not.

We’re like Goldilocks and the three bears over here… only out of order, and we’re talking about breastmilk. Not porridge.

With Rylee, I never stuggled with milk making but I wouldn’t say I ever had an over-supply. Everything was juuust right. Then with Reese, I made a LOT of milk. So much, in fact, that my friends nicknamed me LilMissMilkGuns and I shared it with others. Now with Lincoln, I’m not producing enough, so I supplement with formula.

Somewhere around February or March, daycare was sending home reports that he gobbled down his bottle and was still crying like he was hungry. I took it with a bit of a grain of salt because I know that A) babies will drink more from bottles and B) breastmilk changes in nutritional value as babies grow so they shouldn’t need more. But after a couple weeks of that I started sending bigger bottles. As the month went on, I was struggling to keep up with the bigger bottles. My “extra” bottle I kept in the fridge would be used over the week to top off his bottles for daycare. I was adding pumping sessions before work if I had a few extra minutes. I was pumping on the weekends. I was drinking that nasty Mother’s Milk tea. I had a short work trip coming up, followed by a longer one a few weeks later. Needless to say, I was stressing.

So I bought some formula.

To be honest, I was kind of expecting some big wave of relief to rush over me and then my body would be all “oh look at her not stressed at all. I’m gonna make more milk now.” But that never happened.

So I started supplementing. It was a pretty easy transition for Lincoln, thankfully.

Fast forward a couple of months to a week or so before Lincoln’s 9 month well check. I was getting frustrated with how little milk I was producing when I was pumping. He never seemed to have issues with not having enough over the weekends. I was ready to just throw in the towel with it all. I pressed on. Then at his well-check appointment the nurse was going over the standard questionnaire and asked about milk. I told him that Lincoln was getting both breastmilk and formula. Then he asked about how much of each. After some quick math, I realized that on average I’m still producing about 2/3 of the milk he needs.

Either way, I’m giving him everything I can. And he is happy. And thriving. And he loves me. And I am happy about that.

How could I NOT be happy about that?! 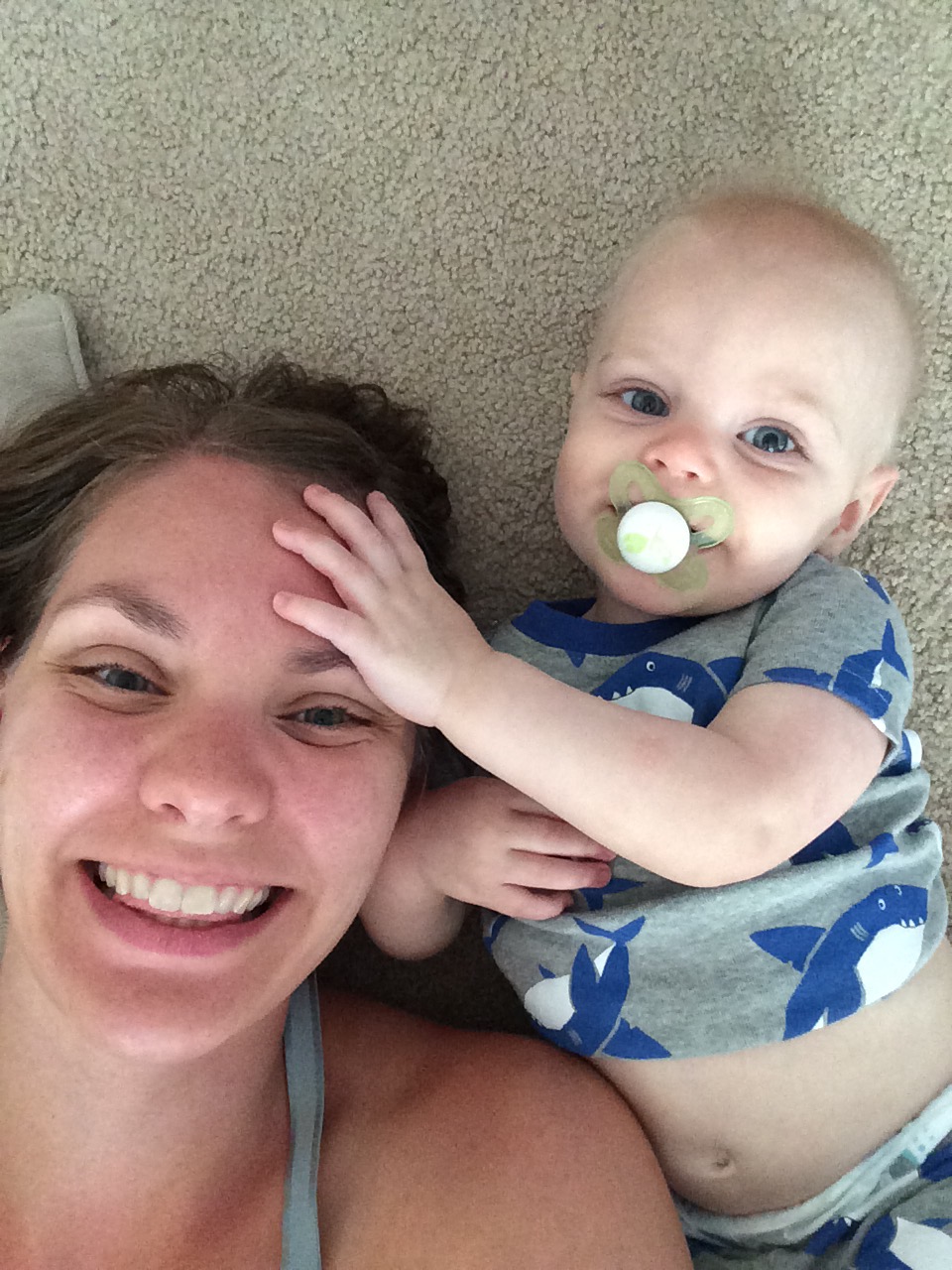 One thought on “Adventures in Breastfeeding”