Ten years, to be exact.

More than a third of my life.

On this day, ten years ago, Andy and I decided to “make it official”.

And we’ve never looked back.

Who knew what started as nothing more than a family friend showing me around our local community college campus would grow  into the life we have built today.

I remember him back when I thought boys were gross…playing laser tag & eating pizza with him when my uncle would come into town. And, I’ll be honest, at 14 years old when he would come over to do Bio101 projects with my sister, I had a huge crush on him, but never imagined us married.

Words cannot begin to describe the love and admiration I have for this man and just how blessed I am to call him my husband, father of my child, best friend and partner in life.

3 years of dating. 1 year of engagement. 6 years of marriage.

These ten years have given us many blessings as well as many trials. Sometimes a roller coaster. But with one thing remaining constant. Him by my side.

And so, with that… 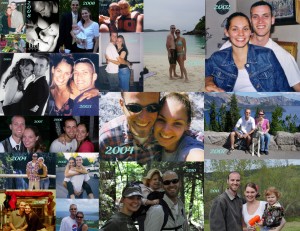 Yesterday? Well, yesterday was one of the very best days ever. Period.

First of all…it was Tuesday. And Tuesdays have been long known as my very favorite day of the week. Mostly because it’s Taco Tuesday in our house and NCIS night!

I left work right at 5:00 PM because the sun was shining and Andy was home working outside. 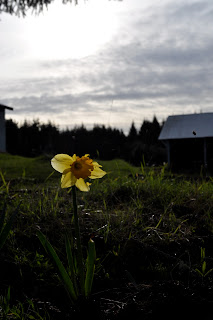 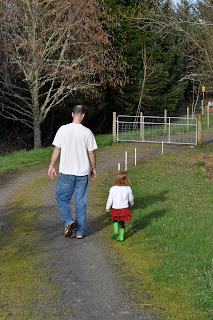 Rylee picked flowers for me… 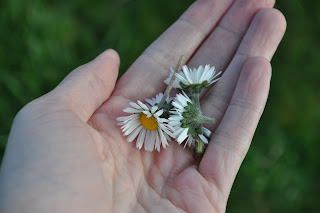 We spent lots of time at the swing set. Also? When did my BABY learn how to pump her legs!? 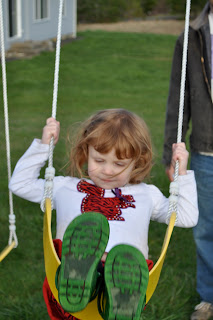 Even Dante hung out with us. 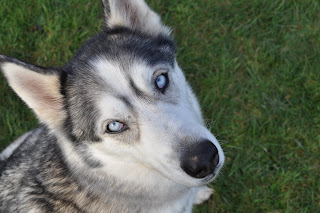 Rylee wanted to make sure I had a turn too. So she pushed me… 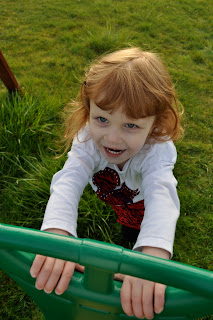 Then it was Daddy’s turn… 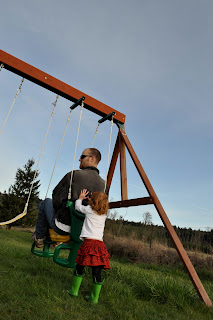 It started to get a little chilly, so we headed inside and Rylee helped me make tacos. After dinner, we had ice cream cones! Here’s how this went down:

Ry & Andy eating their ice cream cones. I had a dish of ice cream.

I pretty much died of the cute right then and there.

We wrapped up the evening with a brand new episode of NCIS and amazing family snuggles.

See? The best day ever.

You look at all the pictures you have from the last time you played together!

Rylee was supposed to have a playdate last weekend with her best buddy Kian, but ended up getting sick. We both agree it’s been far to long since we’ve seen Kian and his family. Until we’re all better, these photos will just have to be enough. 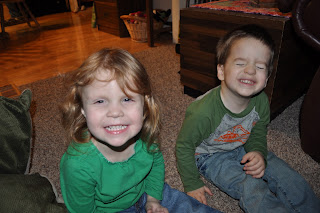 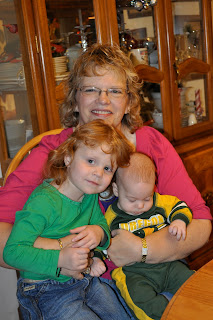 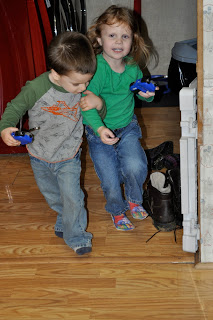 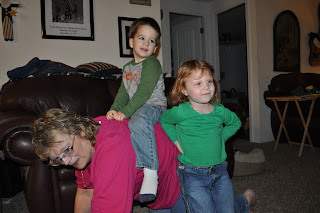 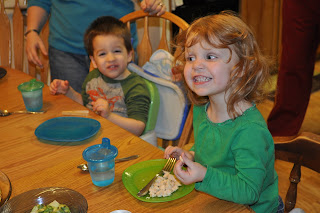 According to China, it’s the year of the tiger. For us, it’s more like “2010: Year of the Rice Family Roller Coaster”.

Happy New Year’s Eve ya’all. It’s 10:00 PM Pacific time and I’m ringing in the new year sitting on my couch, with my teeth brushed, face washed, sporting my flannel pj pants and oversized sweatshirt next to the warm, crackling fire, typing this by the twinkling lights of my Christmas tree.

And I couldn’t be happier.

This year was a crazy one filled with challenges and sadness. But also one filled with love and an abundance of blessings. And so, I give you our 2010, a year in review.

January: Rang in the new year with money troubles, the worry of losing our home, a puking kid, followed by a puking husband, followed by a business trip to Columbus, OH. Mid-to-late January was spent in and out of the pediatrician’s office with Rylee battling bronchiolitis. We celebrated Grandma Rice’s 88th birthday!

February: Spent the better part of February in and out of the pediatrician’s office, again, while Rylee battled RSV and croup. At the same time. I did manage to work in a quick, weekend trip with Kristen to fly out to Chicago to help Kelli celebrate her 30th birthday.

March: More time spent in the pediatrician’s office {the receptionists knew Rylee all too well}. This time with another bout of pneumonia, followed by the flu. We took Ry on her first trip to the zoo and transitioned her from her crib to a “big-girl” bed.

April: Ry got the flu…again. I went to my first Cirque De Sole show with Julia and Kristen. April is when the floodgates called Rylee’s Vocabulary opened up.

May:  We celebrated Rylee’s 2nd birthday. Unfortunately, we ended the month on a low with the loss of Andy’s Grandma Rice.

June: Started off June with Julia’s bridal shower. Andy wrapped up another school year. Rylee repeated her first bad word {that I said!}.We took Rylee to the Oregon Coast Aquarium and her first real trip to the beach. Julia and Spencer said “I do”. Best. Wedding. Ever.

July: 4th of July. Always amazing. We took Rylee on her first camping trip. I headed to Minnesota for a work trip, visited family I hadn’t seen for nearly 20 years and received a phone call that would leave me with major decisions to make…

August: Andy and I celebrated 5 wonderful years of marriage. I stepped way out of my comfort zone and left my very comfortable, very familiar job to work for a company that was less than 1 year old and in a new, unfamiliar industry. Andy started another school year.

September: Canned dozens of jars of fruit and potty trained Rylee in a weekend…all while Andy was gone {thanks Auntie Kristen!}. Andy spent that weekend with a much needed/deserved visit with his best friend. Ry started back up in daycare. We got to help celebrate our “nephew’s” first birthday.

October: We started out October with the phone call that Andy’s grandfather (his mom’s dad) passed away. I harvested a forked horn blacktail. We booked plane tickets for Andy and his dad to visit his best friend in Alaska this coming Summer for 12 days! {I am accepting wine donations starting now.}

November: Andy received a much deserved promotion at work to Head Teacher. Celebrated Thanksgiving with family.

December: Spent the first half of December waiting for Andy to get home from work and eating dinner at 8:00 at night…some promotion {I have been assured that it will not continue this way}. Spent the second half of December celebrating the birth of Jesus, and the rest of Christmas break, with some much needed family time.

That about wraps it up. It’s been a wild year and it flew by.

I am looking forward to all 2011 has in store for our little family.

The ups and the downs.

Also? This happens to mark my 200th post. So, in honor of my 200th post, picture me throwing confetti in the air, raising the roof and even busting out the head-down-knee-popped-fist-clenched-elbow-back-DJ Tanner-style “YESSSsss”.

Or not. Your choice.