On our road trip last week, I turned around to the back seat to take off Lincoln’s sandals for the next stretch of road. I had no idea he had such stinky feet! The second I removed the sandals the car filled with smelly-boy-feet-stink. 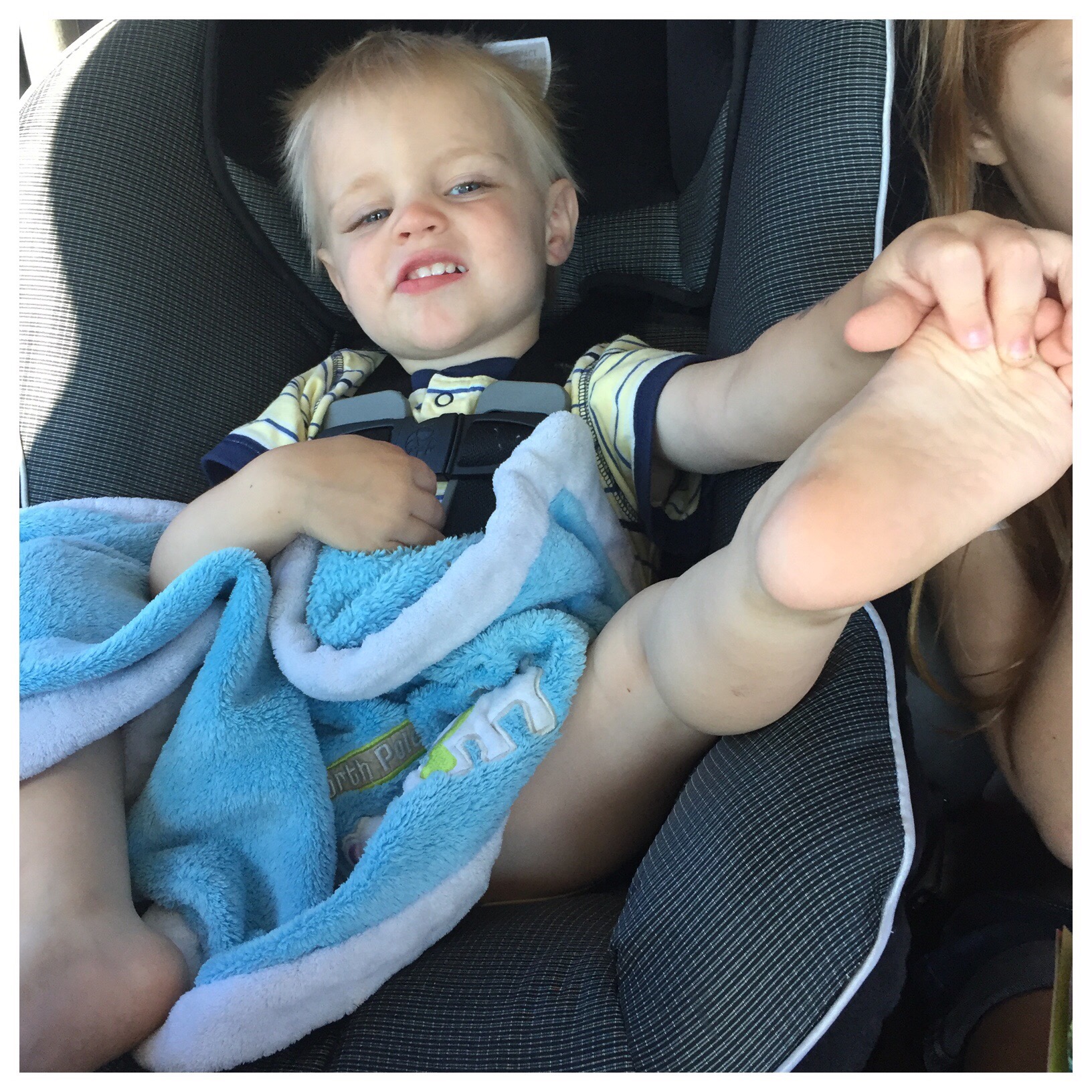 Andy and I looked at each other, kinda laughing he rolled down the windows. Lincoln wasn’t phased… I assume because it was his own stink? Rylee was also unfazed, but only because she was asleep. Reese however, was visibly appalled, asking what that “awful smell” was. When we told her it was Lincoln’s feet, she was more amused than than grossed out.

After the windows were down for a few, the smell had seemed to dissipate. As soon as Andy rolled the windows back up we realized that wasn’t the case. So he rolled them back down.

After a few more minutes of trying to clear out the car, Reese, clearly irritated and disgusted, loudly declared, “THIS STINK IS GOING TO BE STUCK IN MY NOSE FOR A LONG TIME!” 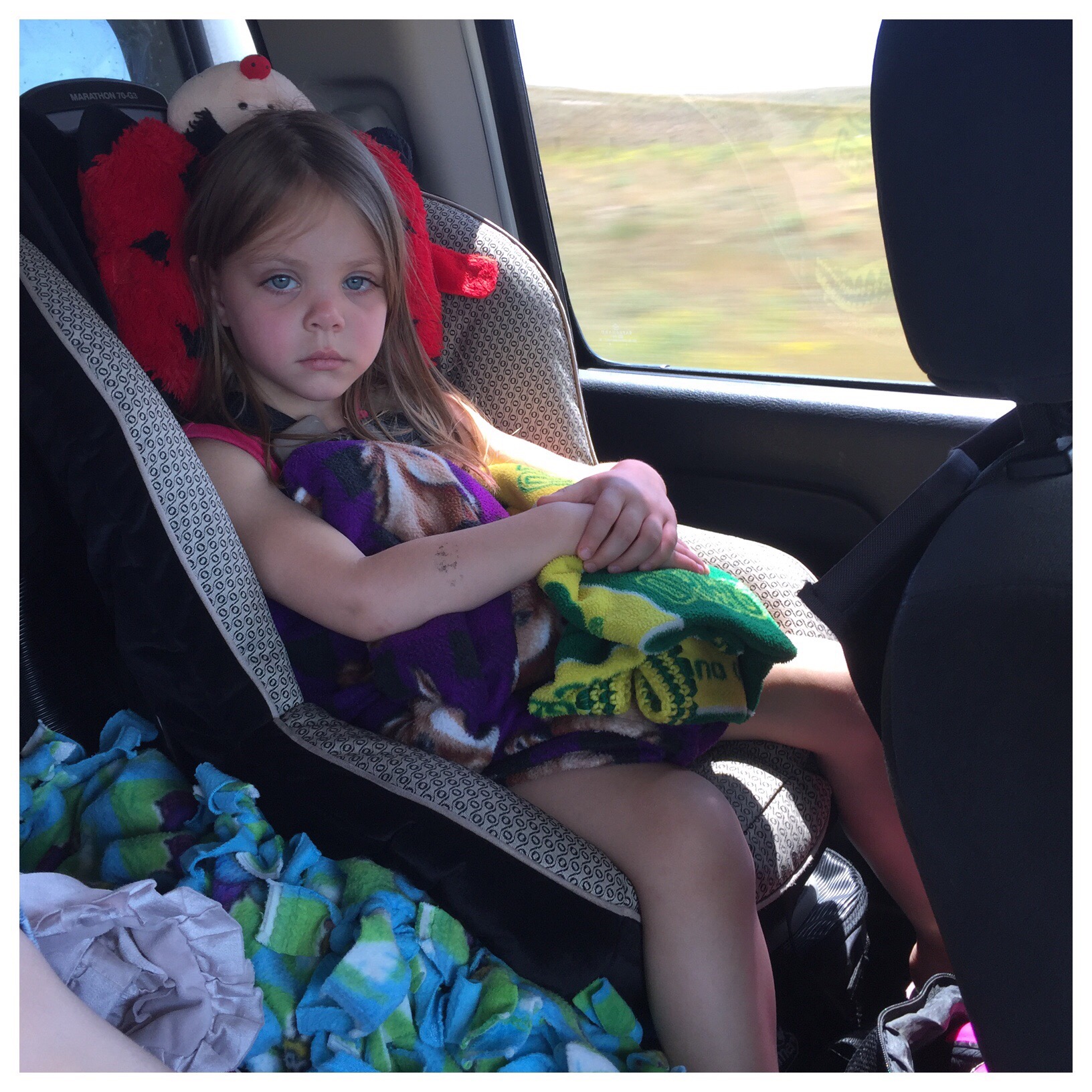 She was not amused.