In the last two weeks, I’ve tried a handful of new recipes. I’m always on the lookout for easy, tasty and healthy-ish recipes that my family loves…and I figured, hey maybe you are too! And if you’re like me, you’ve got a bunch of great looking recipes pinned on your food board on Pinterest, but you never get any further than that. Trying new recipes is scary…what if the whole family hates it…what if it takes way longer to cook then anticipated…etc, etc. So I figured when I try a new recipe, I’ll do us all a favor a write up a quick recipe review! I did this a while back with a few recipes and I’ve already looked back on it and thought,”oh yea, I forgot how good and easy that recipe was”. 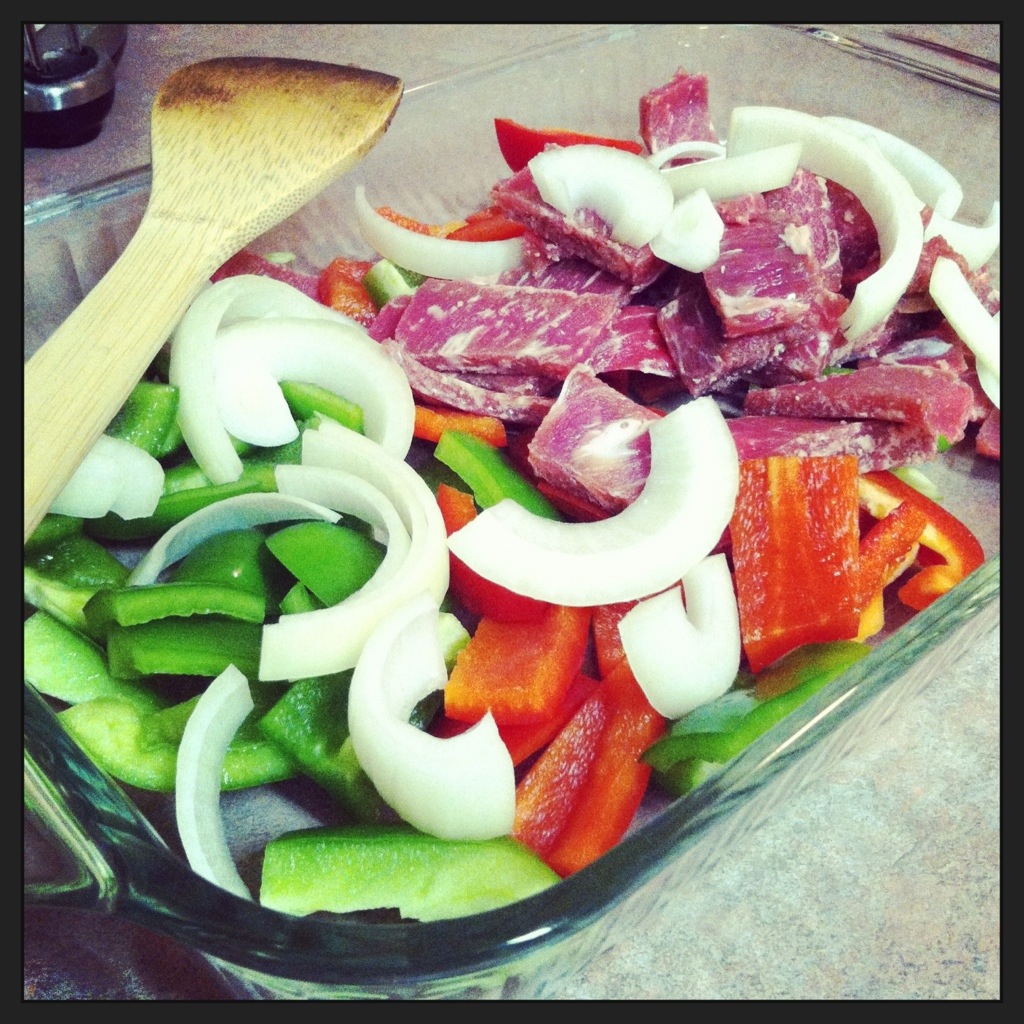 Level of Difficulty: Um, you guys? To quote Geico…it’s so easy, a caveman could do it. I’m not even kidding. I prepped this dish the night before, including the seasonings. Tossed everything in a 9×13 baking dish, covered it in foil and put it in the fridge. When I got home from work the next day, I preheated the oven (400 F), removed the foil and popped it in the oven. I stirred once halfway through and 20 minutes later, dinner was done!

What I did Differently: Confession time…while I pinned what I can assume is an official recipe for this, I never actually looked at a recipe. I just used the picture on Pinterest as a starting point. The picture showed chicken being used, I used steak.

Serving Suggestions: While the fajitas were baking I heated up some black beans and made some guacamole. Then served it traditional fajita-style with tortillas, cheese and sour cream. Then next day for lunch, I had leftovers of steak, peppers and black beans…healthy and hearty.

PROS: I mentioned this to a couple of coworkers, I will never make fajitas any other way. Seriously…it was just too easy. It was also really good. The peppers didn’t get mushy. In fact, since it was cooked uncovered under high heat, they even got a little browned. And, it was a great way to “spice up” our Taco Tuesdays while still sticking with the general theme. Oh and double bonus? Anytime I made fajitas on the stove there were pans that had to be hand washed. Making them in the oven means less work during cleanup!

CONS: There really weren’t any. Unless you count the fact that Rylee didn’t eat them. But she’s kinda picky and I wasn’t expecting her to in the first place.

Would I make it again: ummm…YES! Absolutely. One hundred and eleventy percent. Probably sooner as opposed to later.