We kissed the girls goodbye and headed out the door. As we walked to the car, he rushed in front of me and reached for my car door, holding it open for me as I climbed in the car.

I was sort of taken aback. Not that he’s not the kind of guy to open a lady’s door, but just that it’s been so long since we’ve gone somewhere without tag-teaming taking care of the girls it was a surprise. I kind of forgot that used to be the norm.

He joked about having to rush in front of me, “Don’t take this away from me. I don’t get to do it very often…”

It made me stop in my tracks. I smiled. Remembering just how much this guy gets to me.

On the drive we talked a bit. Then it turned quiet. It was odd not having a 4 year old chime in to everything we say from the back seat.

He reached he arm across the center console and rested his hand on my leg.

Again, I smiled, remembering just how much this guy gets to me.

We spent the evening with friends at the Blazer game. We had great seats and it was our first NBA game.

We grabbed Subway sandwiches before the game. I told him I only wanted a 6″ sandwich. He ordered me a footlong saying he’d eat the other half after he finished his because he was that hungry. He wasn’t surprised when I ate the 6″ half and then some of the other.

He poked fun at me. I rolled my eyes at him.

We sat next to each other watching the game. 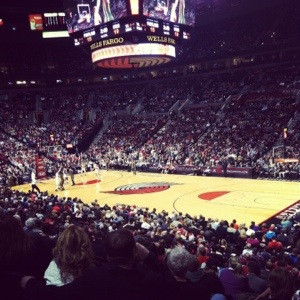 He rested his hand on my knee.

I leaned my head on his shoulder.

We got back to my sister’s house and I thanked him for my evening.

I know it doesn’t sound like much, silly even, but when life gets so crazy and we just end up going through the motions, it’s nice that after 12 years together, nearly 8 being married, almost 5 years being parents, this guy can still stop me in my tracks and make my heart to pitter-patter. 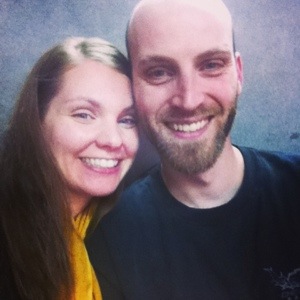 {for the record, this is about as mushy as I get. And just in time for Valentine’s Day.}

2 thoughts on “My heart goes pitter-patter”