I almost started out this post by saying that this last weekend was just what I needed. Then I remembered that’s pretty much how I started my post about my New Year’s weekend. Is it really possible to have two weekends in a row that are that good? Am I tempting fate by putting that out in the internet-world? Does that mean that this weekend will just downright suck? Perhaps.

This weekend we tackled part of our new year’s resolution of revamping our laundry room/pantry space. Then that morphed into tackling Ry’s closet and our office/play room the next day. We also hit up costco. Andy went shooting with a buddy. And the girls and I spent some much needed time playing outside. In the SUN! Slowly but surely our house is getting into order. I sense this weekend will be another busy one with organizing and purging. I need to finish the office area. We’re getting rid of the GIANT desk that is used for nothing more than to stack papers on top of. I seriously can’t wait!

I’m eyeball deep in tradeshow prep at work. This is our first major tradeshow as a company so this week/two beforehand is extra important for me and my Type-A self. So, please excuse the photo dump…that’s pretty much all I’ve got the time for at the moment. One day I may return to some sort of real blogging.

Someone has been practicing her sitting up skills…she was doing pretty well on Saturday and was making herself belly laugh every time she realized she was sitting on her own. 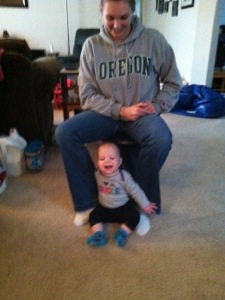 Rylee was super into the shelving project. The checker at the home improvement store let her scan everything with the handheld scanner. Then she helped Andy with all the leveling and stud finding…legit doing it by herself. Andy was having a blast doing the project with her. It was the sweetest thing to sit back and watch. 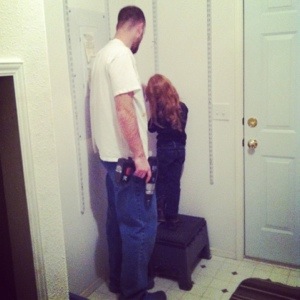 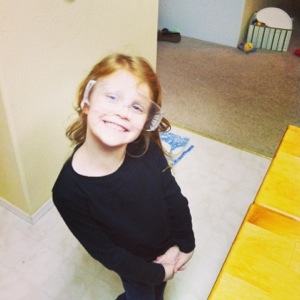 The mostly finished product! Horray for smarter use of space! {Boo for how much that shelving stuff costs! Holy crap} 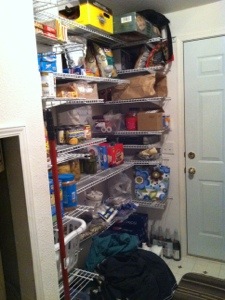 Her closet has been like straight out of the movies, if you open it you’re not sure if you’ll be taken out by a toy avalanche. Don’t tell Rylee, but while she wasn’t looking I started throwing stuff away. 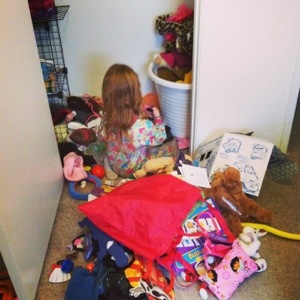 Go ahead and file this under heart-melting moments. Rylee is such an amazing big sister. Seriously almost makes me cry. {Side note: WHEN DID I BECOME SUCH A SAP!?!?} 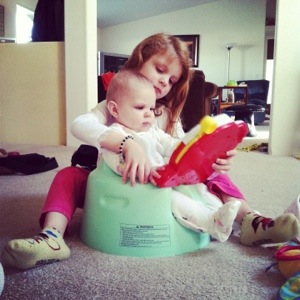 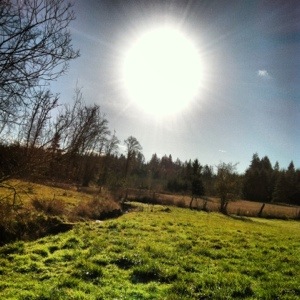 MUD PIES! What’s hilarious is how Ry is still, 3 days later, so shocked I let her play in the mud. What she doesn’t realize is that this was so me when I was her age. I LOVED playing in the mud when I was little. She was building a robin’s nest, by the way. 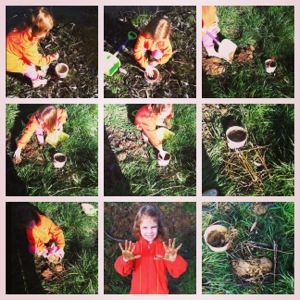 I think we’re finally starting to get the hang of the work/fun balance thing. At least I hope we are.

Our little family of four is settling quite nicely into itself. I love them. So much.