On Christmas morning after snapping a couple photos with my phone, Andy suggested before Reese open up her “big Santa” gift, we get out the real camera…since it’s her first Christmas and all.

He actually snapped most of the photos on Christmas.

While our festivities didn’t exactly go as originally planned, we had a nice Christmas. It started out at our house, where the minute Rylee woke up, she wanted to check to see how many cookies Santa ate, and whether he drank the milk or the Pepsi…because she said he’d like milk, while Andy insisted that Santa may be tired of milk by the time he stops at our house, so a Pepsi may be a better idea. {For the record, he drank both.}

After a pretty leisurely morning, we headed over to my Dad’s house for the traditional Christmas Morning Breakfast of venison, hashbrowns, omelets and english muffins, followed by gift opening. My dad’s house is where my siblings and I grew up, so it’s still very much “home” to all of us.

After that, we headed to Andy’s parents’ house where we spent the rest of our day. We opened gifts then ate a huge turkey dinner with all the trimmings. Randomly, Ry had asked them for a pirate ship. They delivered. It was a huge hit. I guess it’s a Jake & The Neverland Pirates thing…none of us have ever seen the cartoon, but whatevs.

On our way home, both girls promptly passed out.

Reese’s naps were shorties, at best. Finally Ry skipped her nap…so there was that. Reese went through 3 outfits that day due to some crazy spit up. Coinsidentally, I smelled like spoiled milk for the entire afternoon. I ate way too much.

All in all? Nice day.

Since then, Rylee has loved playing with all of her new toys and also been so nice as to “show Reese how her new baby toys work.” Though it hasn’t been officially confirmed, I’m convinced that Ry picked out a toy cell phone for Reese just so she could play with it herself.

All of these pictures are straight out of the camera .

Reese opening her “big present”. She was actually getting into it! 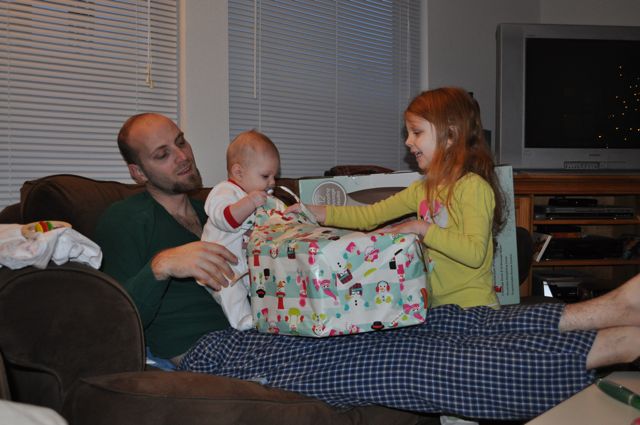 Love this face Ry is making… 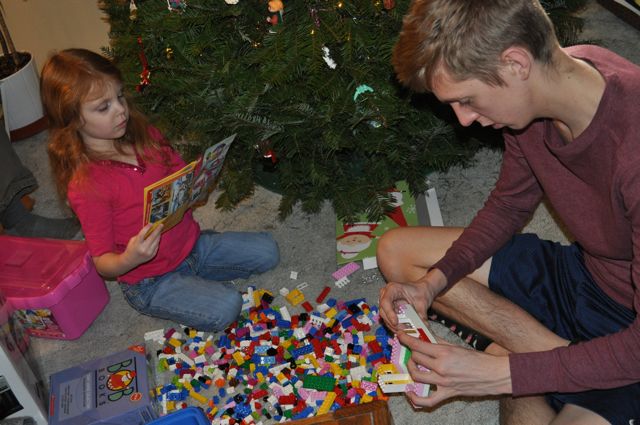 Marking off her height at Grandad’s house! 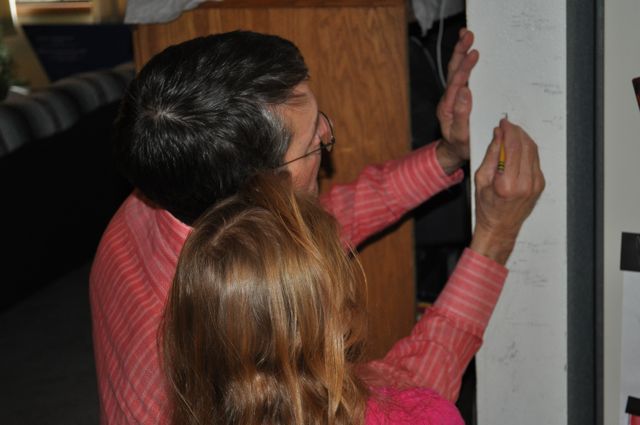 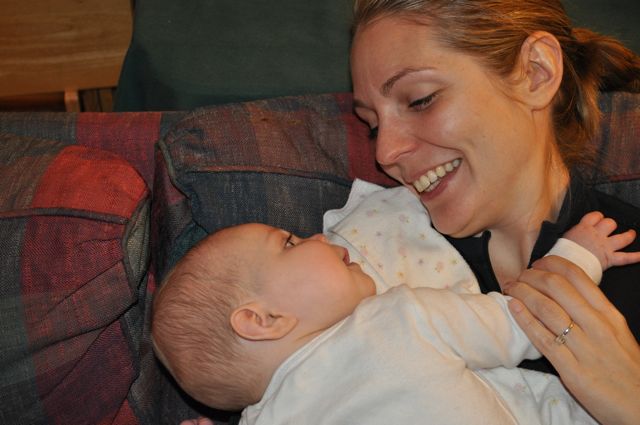 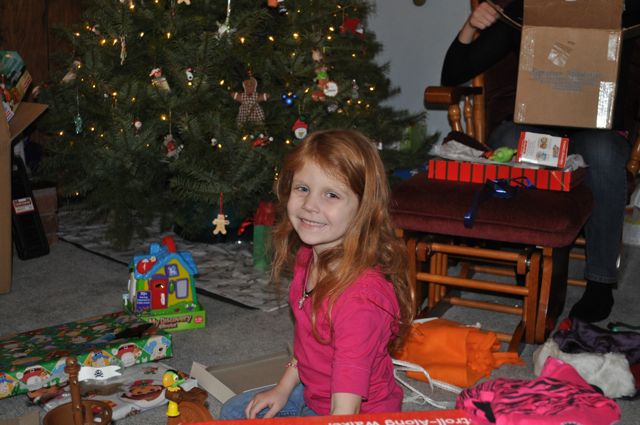 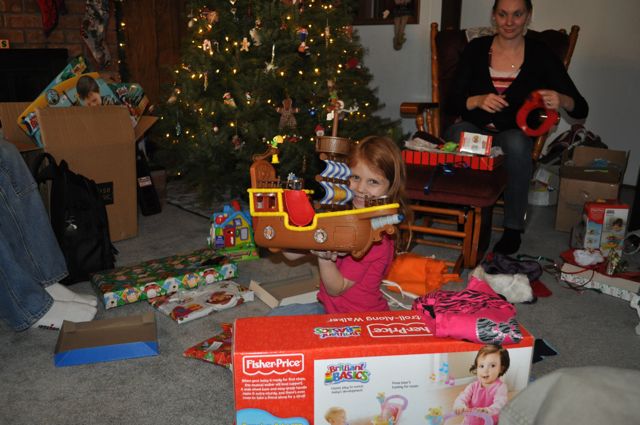 First Christmas as a family of four. 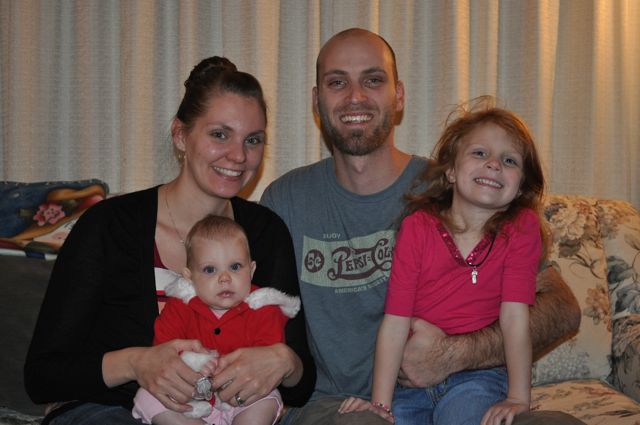 One thought on “Baby’s First Christmas”