Up until last weekend, the extent of my NASCAR knowledge came from watching the movies Cars and Talladega Nights. Not kidding one bit.

When Toyota mentioned that they’d like to send some of the TWIN members to a NASCAR Immersion trip in Charlotte, NC I thought “sure, that might be fun” but I had no idea it would be as amazing as it was.

I’ve spent the last 3 days since I’ve been home trying to process the weekend. If you ask me about it, I will go on and on and on so trying to pear it down to a blog post (or two) is giving me some trouble. I don’t know where to start because I want to share all! the! things! Right now. The food. The People. The cars. The sounds. The strategy. The stories. Well, I guess technically, I already shared some about the food but I think you get the point. Every single one of my senses was in overdrive this weekend. {seriously, no pun intended} I feel like every single item on our 2+ day agenda could be its own blog post. But, like my husband, I’m sure you don’t want to hear me/read about me going on and on and on about NASCAR. I get it.

We headed to Joe Gibbs Racing Shop where we got to check out the Fan Fest they were hosting, tour the garage and meet Joe Gibbs himself. We also met JD Gibbs (president of JGR), Darrell Wallace Jr (driver for JGR) and Bryan Cook (Digital Marketing Manager for JGR) 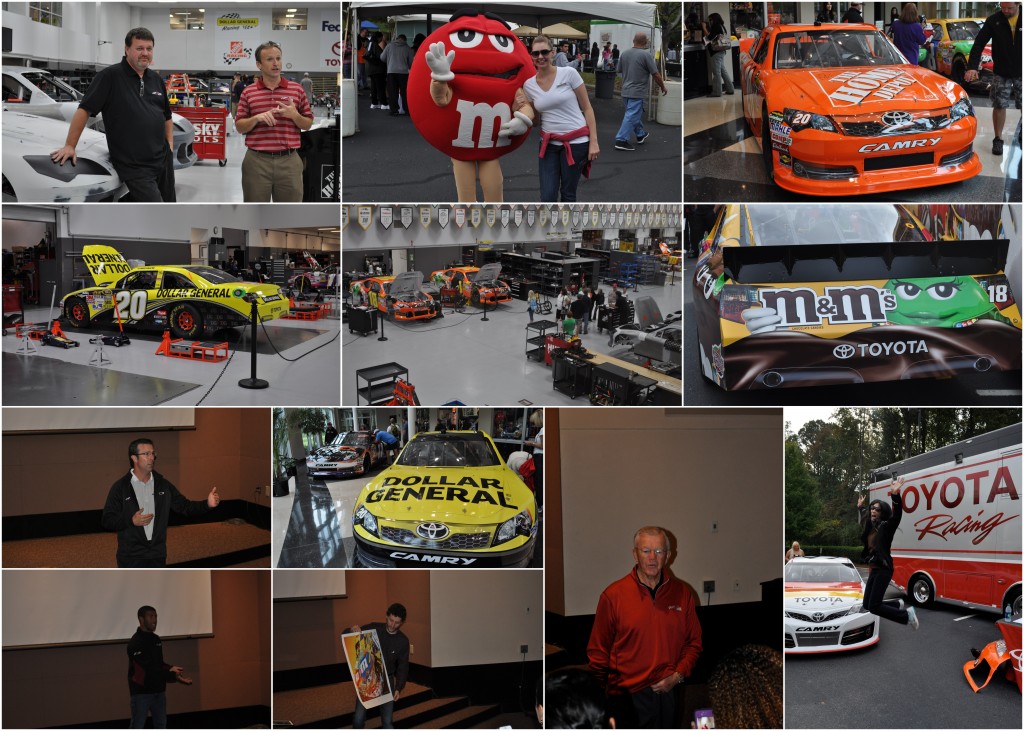 After some lunch and free time, we loaded back up the shuttle and headed to the race track! That night, Toyota driver Joey Logano won and we got to go down to Victory Lane to help celebrate!! 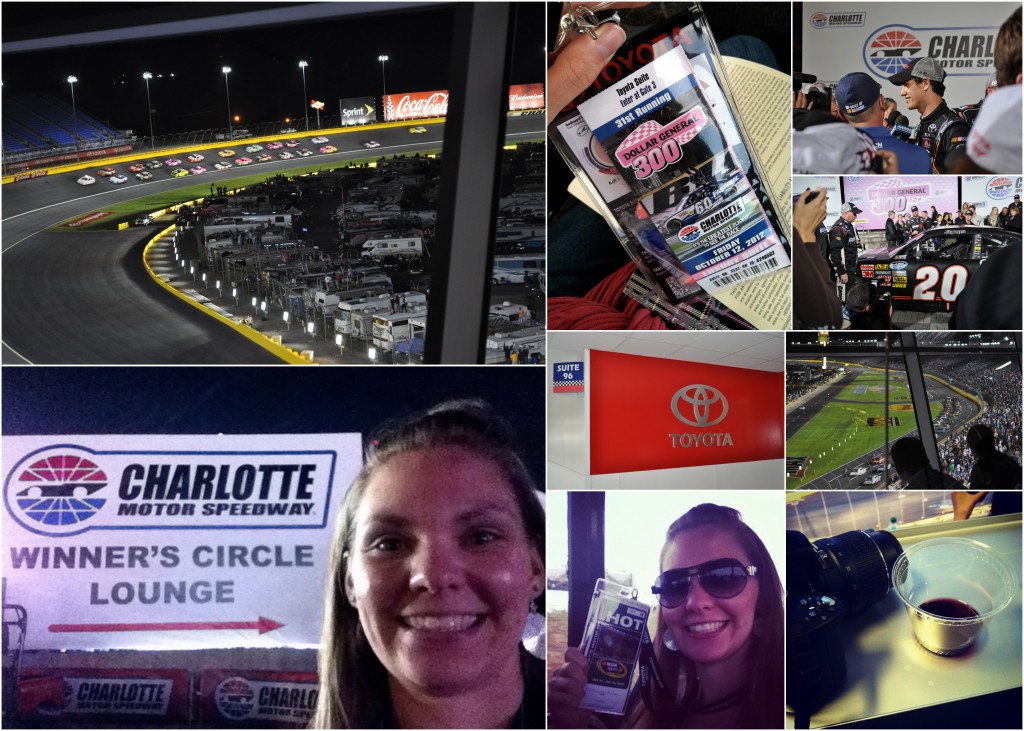 We started the day by touring Michael Waltrip Racing Shop. We got the play-by-play of how they build their cars. Then we got to play around a little. {side note: if you don’t know the story behind Michael Waltrip, I highly recommend his book In the Blink of an Eye. Amazing story.} 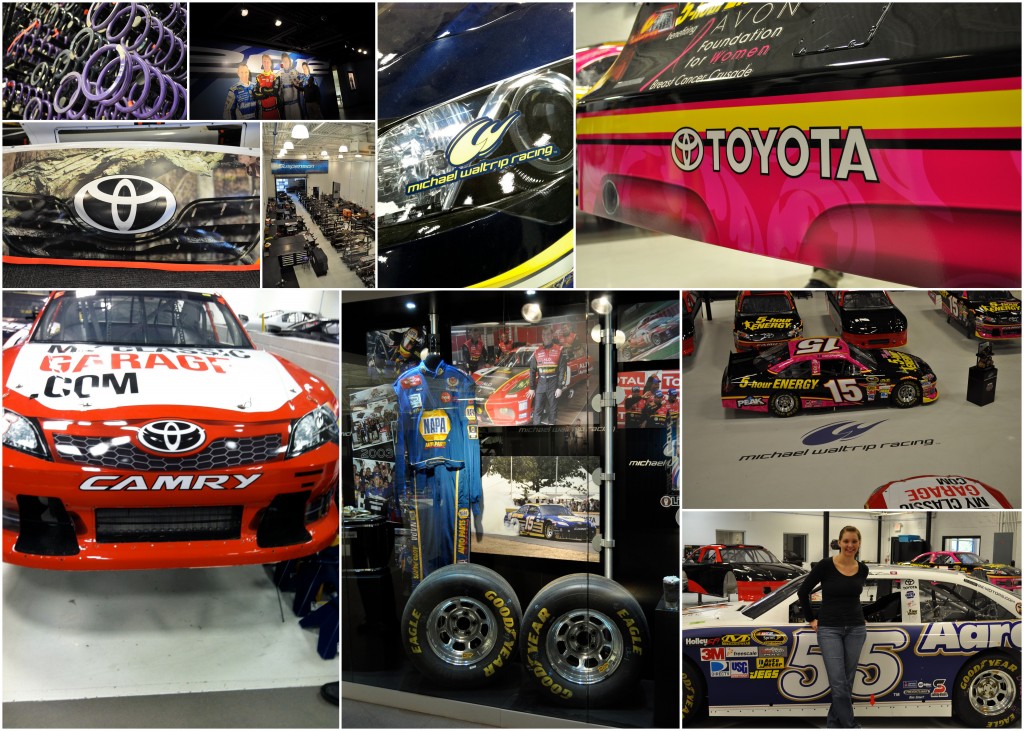 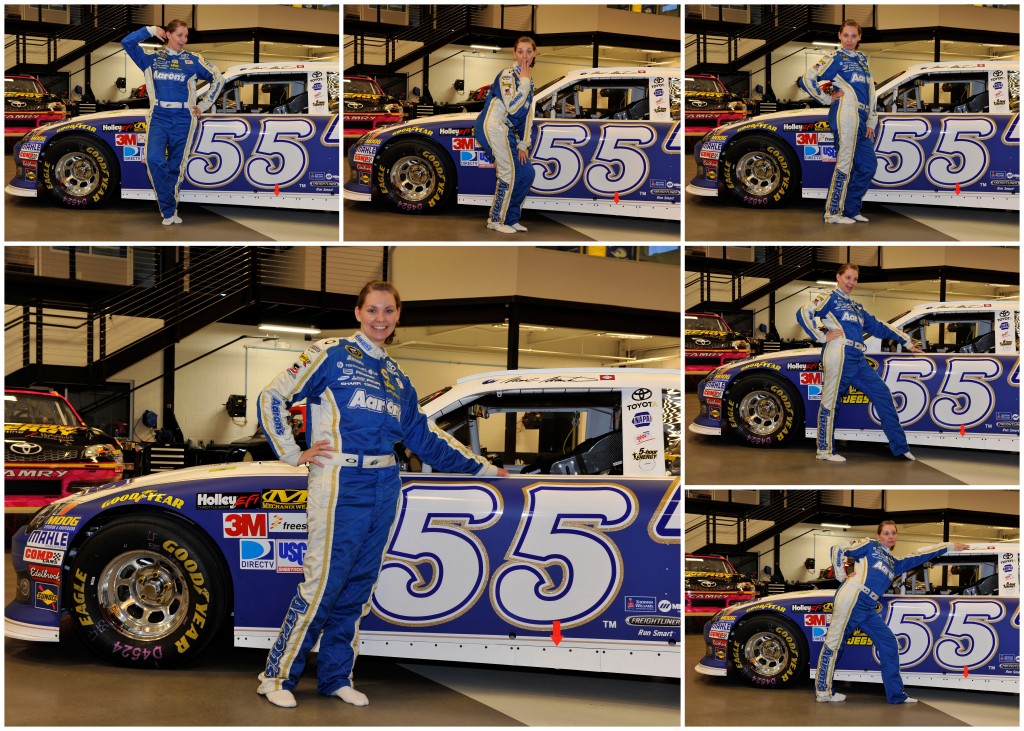 After that we headed to Darrell Waltrip’s Race Shop {yep, they’re brothers}. Darrell Waltrip was one of Toyota’s first partners in NASCAR. Darrell is one of the NASCAR greats. He was a kick in the pants. We also got to meet his crew chief and his wife. He gave us a crash course in NASCAR 101. He let us climb into his cars. He shared a bit of his testimony with us.

From there we headed down to the racetrack. Hung out in the suite for a few before we hit up the FanZone. We walked around a bit, then went to the Toyota PitPass display where they announced the winner of the Breast Cancer Awareness shirt design contest and presented a check to the Carolina Breast Friends foundation. Then, before going back to the suite to watch the race, we headed into the infield where we toured one of the trucks, hung out on pit road and talked with some women in racing. 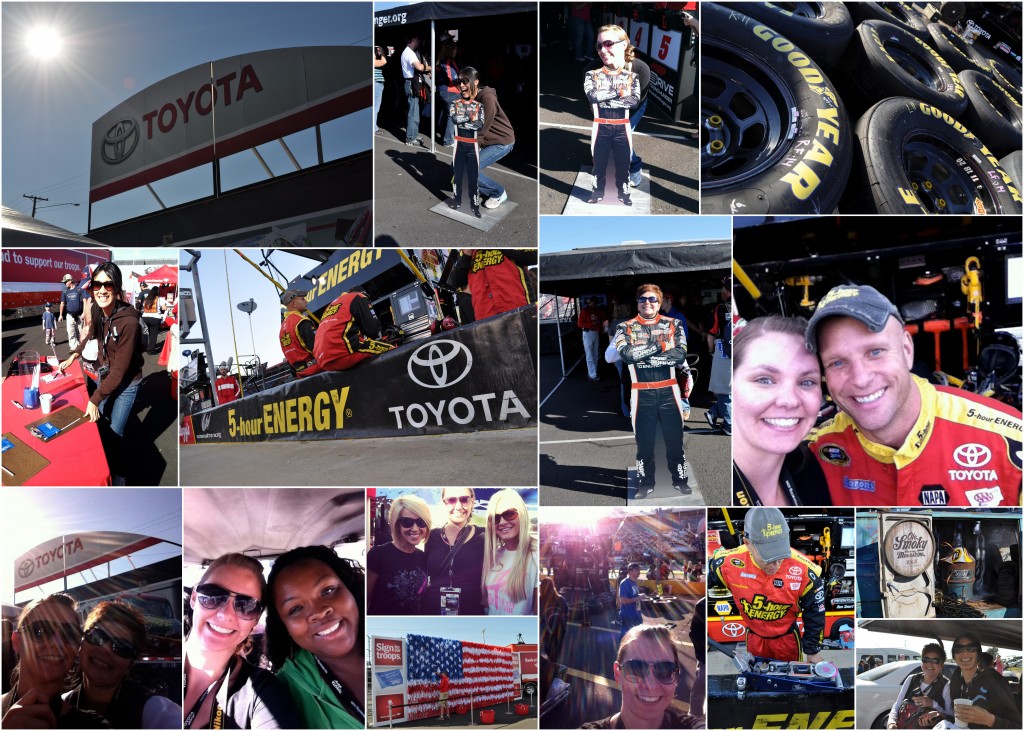 Based on our time spent hanging out with the pit crew (AKA: the cute Canadian ex hockey player) of the #15 5-Hour Energy car, I decided that was the car I’d route for that night. And guess what…it won!!

Sunday I flew home. And read this book nearly the entire way. I only have about 10 pages left. 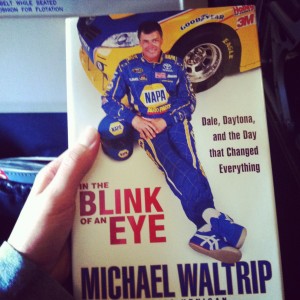 Just like my last Toyota trip, I have come away with so much respect for this company. They really know how to do things right. They’re committed to diversity. Toyota Racing is a seriously impressive division of the Toyota family.

I won’t lie, the whole weekend I kept quoting Talladega Nights in my head. I couldn’t resist.

I could go on and on and on about my weekend. And who knows, I may feel the need to share more details on particular parts later on, but for now I will sum it up this way…while I wouldn’t call myself an all-of-a-sudden NASCAR fan, I have a much greater appreciation for the sport and that weekend was a once in a lifetime experience. One I will never, ever forget.

If you ain’t first, you’re last.