From the moment I got the phone call about setting up my Extended Ride & Drive I was impressed. You guys? They drove a Toyota up from San Francisco for me. They let me drive it around for 5 days, then they came and picked it up and drove it back to San Fran. All that trouble for little ol’ me? I still have trouble wrapping my brain around that.

Anyway, I requested an extended R&D for very specific dates because I was going to be driving to Seattle for work. From where I am, that’s about 5 hours, one way. If you do the math, that’s a whole lotta seat time! Perfect for really getting a feel for a vehicle.

I was a little surprised that they gave me a Toyota FJ Cruiser, but not at all disappointed. I mentioned in my “FJ Cruiser Then vs. Now” post how we’re a Cruiser loving family, so it was really cool to get to drive around the FJ. 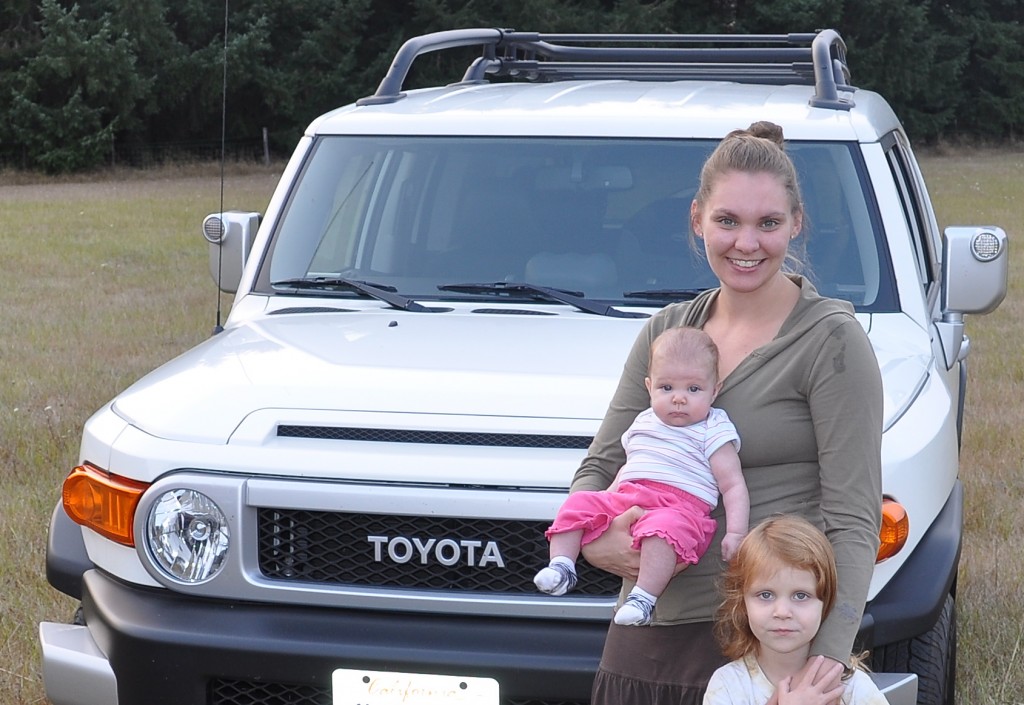 {Please excuse the drool/spit up on my shoulder…I can’t make this stuff up people. That’s real life, right there.}

I’ll tell you what, from the locking rear differential…to the oversized knobs…to the aggressive tire tread…to the inclinometer…to the gear shift…to the all-weather flooring & water resistant seats…right down to the way it drove, everything about this vehicle screams truck. The Cruiser has long been known for it’s off-road capabilities and Toyota did not disappoint with the FJ Cruiser. 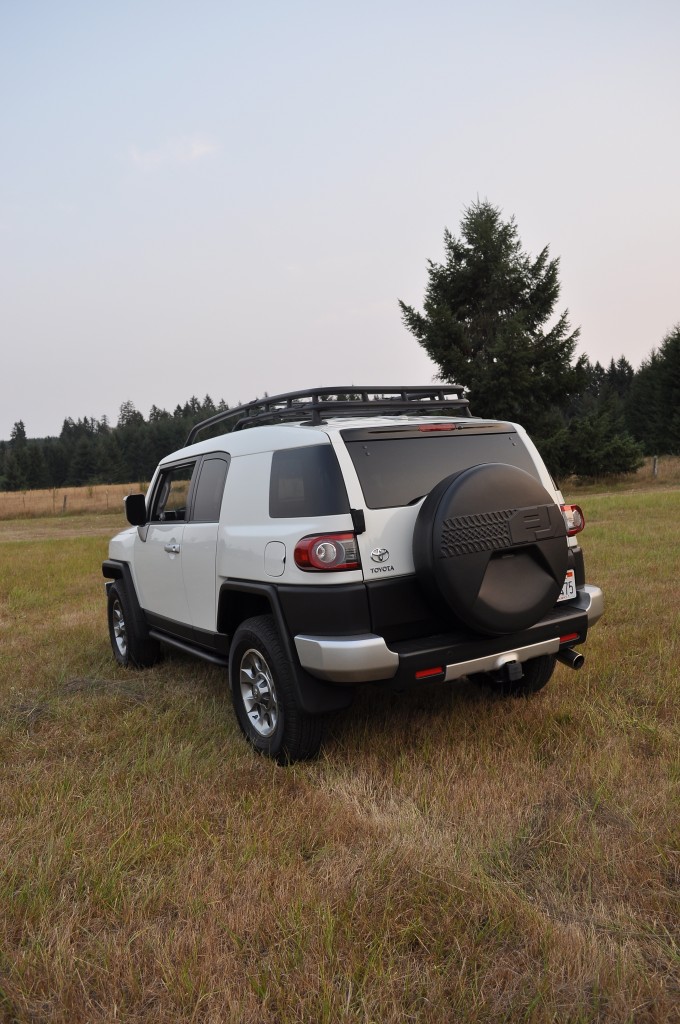 As I was leaving the tradeshow I got stuck in some traffic in downtown Seattle. The particular area was kind of hilly…the low gearing in the FJ was awesome. Andy always joked that his Cruiser could climb a telephone pole and I never really “got it”, but after driving this thing on some inclines, it made perfect sense. The FJ kicked into gear the second I took my foot off the break and started crawling up the hill without me even having to put my foot on the gas. 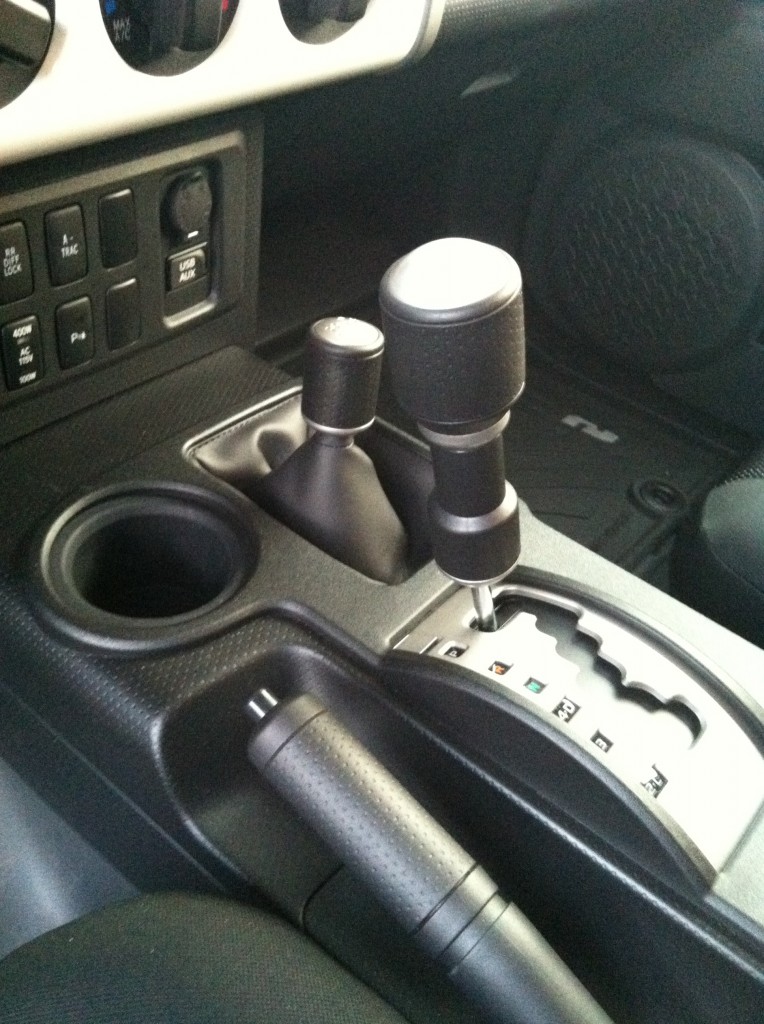 Even though the FJ built rugged and ready for the trail, it had some pretty great features as well…like satellite radio, a killer sound system, a back-up cam and hands-free phone capabilities with steering wheel controls. {perfect for my long car ride!} 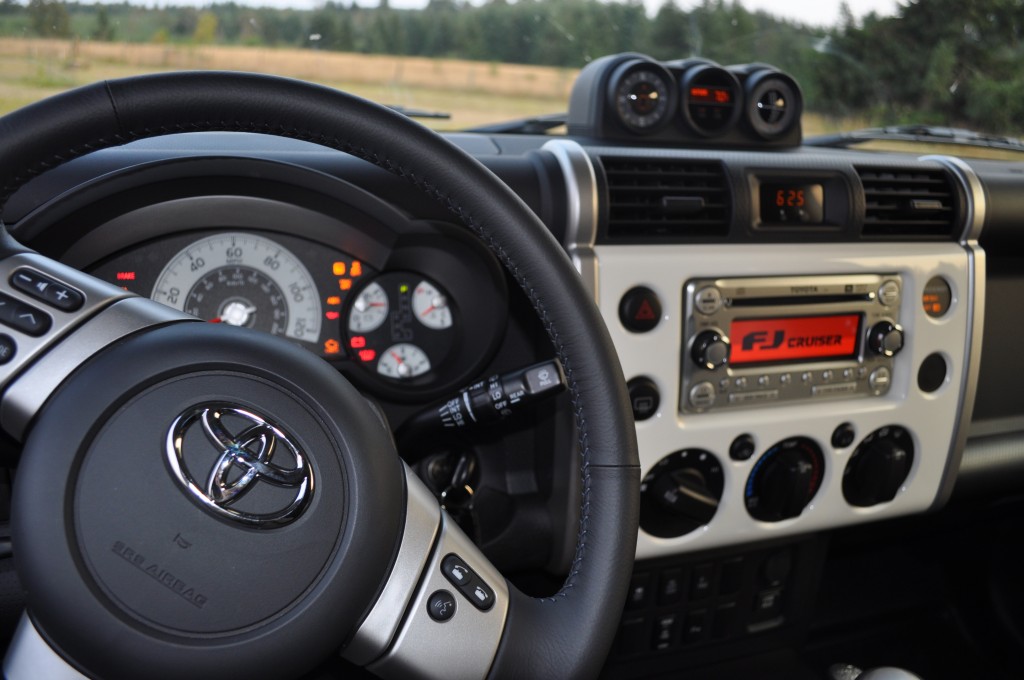 And while car seats and suicide doors don’t exactly go hand in hand, it was totally doable. I took Reese to her 2 month well-check in this. I could see the FJ being Andy’s daily driver and the occasional kid hauler some day. 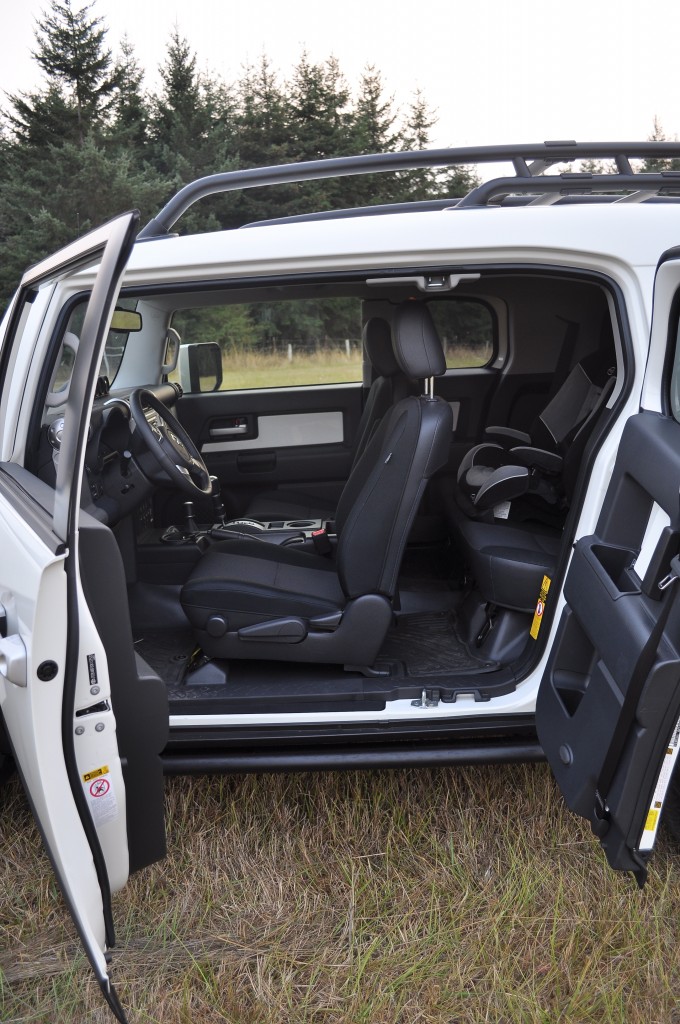 I’m pretty sure Rylee loved it too…well, she at least had fun driving it around in our field.

In 5 days I put over 1,000 miles on this baby. While it may not have been the most family friendly vehicle, that’s not what it’s built for…it’s built for off-roading and rock crawling. It’s not designed with mom with carseat using kids in mind, it’s built for a guy that’s going to hit the Rubicon with his buddies. And like I said before, with those things in mind, Toyota nailed it. We had a blast driving it and we did not want to give her back. 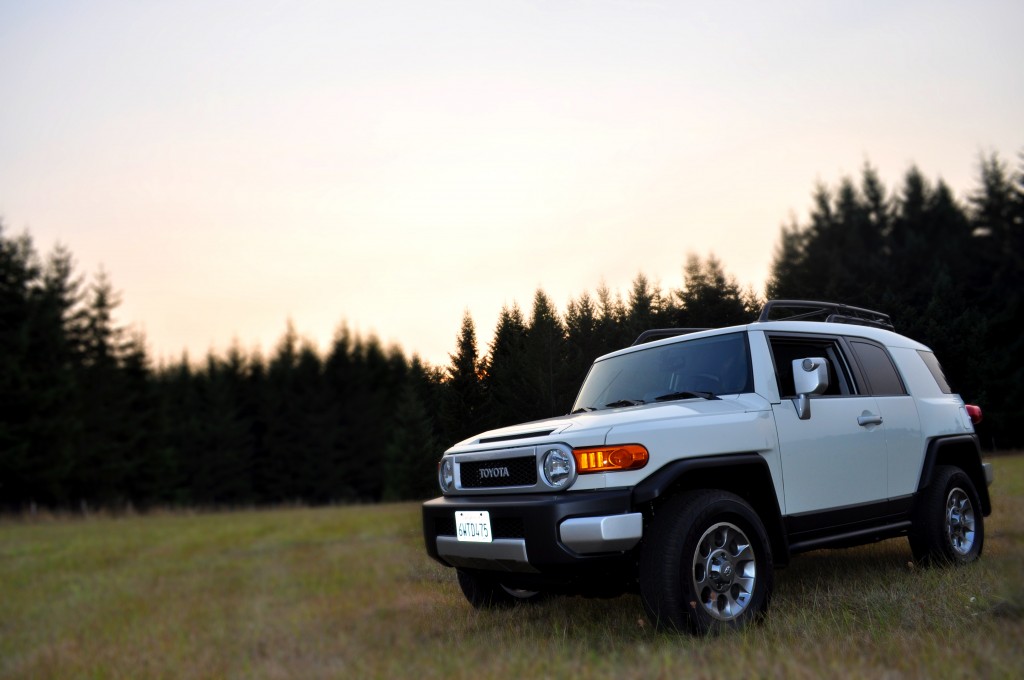