For Rylee’s first birthday, we bought her a pink single shot .22 rifle. {While it may seem a little extreme that that was her 1st birthday gift, I assure you the only reason it happened was because the company I worked for at the time was owned by a gun manufacturer and I got a sca-reamin’ deal.} It’s been locked safely away ever since. Back in October, Rylee went on her first hunting trip, and since then, she’s talked about shooting her gun. We told her that maybe this summer she’d be big enough to shoot it and let me tell you, homegirl does not forget things like that, so we added it to the Big Sister Bucket List.

We had camping on the bucket list too, but our suburban is still not back from the shop, so unfortunately camping got knocked off the list. Instead, we decided to make a day out of it and headed out to our normal camping/fishing spot to do a little fishing, a little exploring and let Ry shoot her gun for the first time.

On the way out of town we swung into my dad’s to pick up the gun. Before I put it in the back of the Jeep I opened up Ry’s door to let her see it…this was the first time since her first birthday that she’d even laid eyes on it. She looked at the gun, looked at me, then back at the gun. She got a huge grin on her face and in an awe-inspired half-whisper, said “Wooow…it’s beautiful!”

We started out with some fishing. I’ve been going up to this area fishing since before I was Rylee’s age. Never in my lifetime have I had such a great day of fishing and caught such big fish! No joke. It was kind of surreal. Literally just about every other cast in the creek and we’d have a fish on! And while the term “big” is relative for this creek, I’ve never seen a fish bigger than 8″ or so come out of the water, but Ry’s very first cast she caught a beefy 11″ trout! Every fish we caught that morning was at least 9″ long.

Her first cast in…”Daddy, I got a fish!” 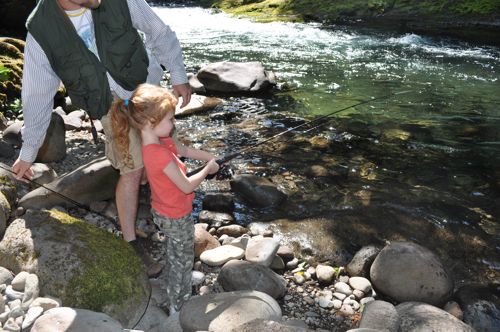 One excited (and proud!) Daddy! {And my new favorite photo of the two of them!!} 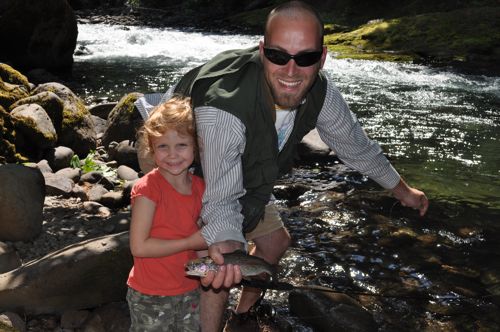 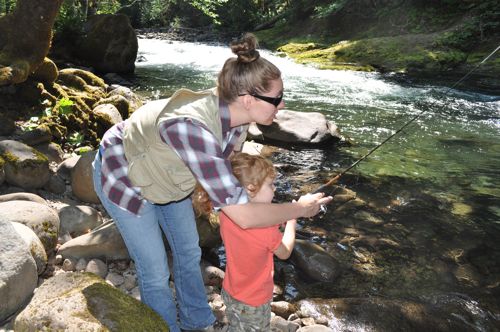 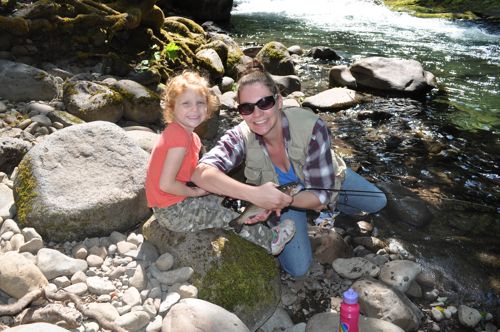 Once Ry’s attention span with the fishing ran out, I let Andy fish a while longer and Rylee and I went “exploring”. We played I Spy, picked up rocks and looked for butterflies. After a bit, we all headed back to the Jeep for some lunch. After lunch was over, it was time to shoot!

We started out by going over safety, none of this was new to Rylee considering we talk about gun safety a lot but she was a good sport and listened intently. {and for the record, no the “R” on her shooting ear muffs, do not stand for Rylee, just a nice coincidence.}

Safety first! Rylee got these youth sized glasses and ear protection for her birthday this year. {Also, like the belly in the reflection!?} 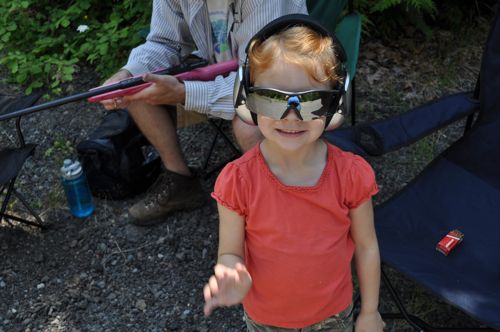 Daddy showing her how to hold the gun. 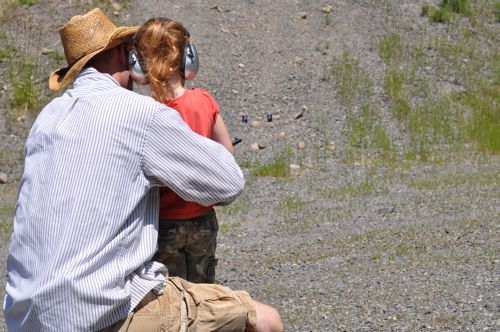 Learning how to load in a bullet… 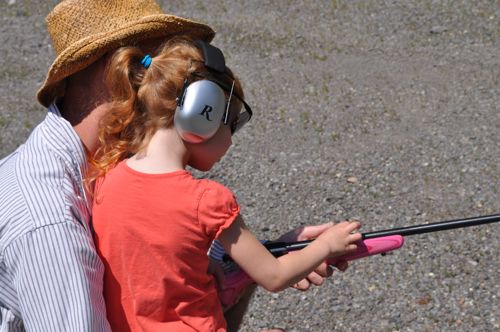 A few shots with mama… 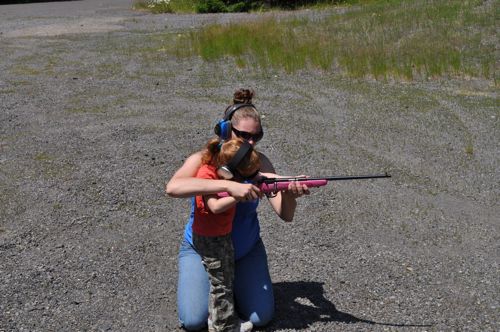 Checking out the target… 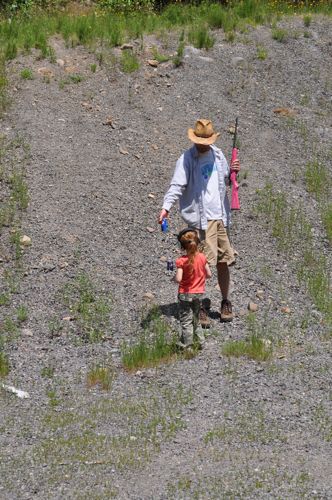 After the first few shots, I started getting too hot, so I headed back to the shade to hydrate while Rylee and Andy kept shooting. She had a ton of fun and I think it’s safe to say we’ll have a little outdoors girl on our hands! 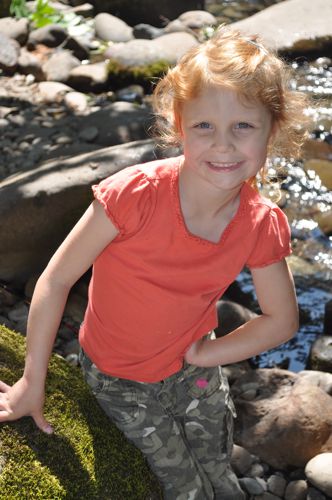 4 thoughts on “Rylee Get your Gun!”