You know what I hate? That when friends I haven’t seen for a while ask me how we’ve been the only answer I can ever come up with is, “busy.”

Or when someone asks me how my day was and I can’t think anything to say besides, “busy.”

At what point will I just accept that “busy” is just our new normal? Or maybe, I’m just not willing to accept it as our new normal. And also, what would I say then to those questions?

What kind of answer is that, even?

But, it’s true. Three kids is a lot of laundry, a lot of morning chaos, a lot of food to cook, a lot of dishes. Two of them are now in school so there are more lunches to make, more schedules to coordinate, more reading to be done. Two of them are playing sports so there are more practices to go to, more games to cheer on, more water bottles to fill, more team snacks to buy. Outside of the kids, there are careers that we love and aren’t going anywhere. The property that’s not going anywhere. Etc., etc. etc..

If I’m being completely honest? The constant dashboard of family stuff, work stuff, house stuff, that I have running in my head leaves me right on the verge of being completely overwhelmed. There’s always one.more.thing. that should/could/needs to be done before I can sit down and relax in the evening. That magical time of sitting down and relaxing seems to be getting later and later in the evening as time goes on.

So, I’m asking myself, why am I even here? In this space, I mean. Typing these words when there are so many other things that should be done right now. Why am I even contemplating the idea of adding yet another one.more.thing. to that dashboard in my head?

I’ve gone almost an entire year within nothing new here. So why now? It’s been so long, I even typed in the URL of my own blog wrong when I decided to log in and click “new post.”

The novelty and shiny-ness of the internet has long worn off. There’s just so much noise anymore. I actually kind of hate it lately. Social media in general, I mean. I took the twitter app off my phone. I’ve been clicking “unfollow” more and more. I’ve even said out loud on more than one occasion that if I didn’t have to have it for work I wouldn’t. And that realization actually kind of makes me sad. I miss the “good old days” of social media, ya know?

And maybe that’s just me in general lately. I suppose that’s why I’m here right now. Reminiscent of the “good old days” of being less busy. At least, that’s what I’m telling myself now. I’m sure that whenever those generic “good old days” were, I also felt busy all the time. Maybe I just handled it all better?

I don’t even know. I’m just rambling on at this point.

I’ve been texting with some mom-friends this week about the challenges of breastfeeding and pumping and the guilt and resentment and “OH MY GOSH WHY AM I NOT MAKING MORE MILK I AM SO SICK OF THIS” of it all. After 3 kiddos, I’ve been there done that.

Ironically enough, world breastfeeding week just wrapped up a few days ago and that post I just linked above I wrote almost a year ago to this day. It’s hard to believe at this time just a year ago I was still nursing Lincoln. It seems like such a distant memory at this point. But I digress…

The subject of that group text always hits me like a ton of bricks because for every 1 mom that’s out there that thinks nursing their baby is a breeze and amazing and a beautiful journey, etc, etc, etc, there’s at least one mom that struggles with it and feels like she has to be silent about it. And it seems like there’s never anyone out there saying “it’s ok! I get you! you aren’t alone! You don’t have to love it!”

And that sucks, right!? Because the internal struggle of breastmilk vs. formula is real. And hard.

For the mothers that are struggling with milk production, or you think there’s something wrong with you because you just don’t love, or even like, nursing or pumping, or feeling guilty for making the move to 100% formula, you are certainly not alone. I’ve shared many of those same feelings.

How they get fed is up to you. And only you.

Today is my first day back full time from maternity leave.

No, I’m not that sad about it.

Today is my 1-year work anniversary.

Yes, if you’re doing the math right now, I got pregnant literally a week into my new job.

Today is my first official day in my new role.

Yep, I got a promotion.

2014 was pretty rad. I started a brand new job, scared out of my mind. Nothing but good has come from it and looking back I can’t believe I was so nervous. Our family grew by one whole person and filled a void none of us knew existed. I’ve thoroughly enjoyed my time home these last few months…more so than I can say for my other two maternity leaves, if I’m being honest. But I’m ready to get back into the swing of things. Back full time, with a new role on top of it, won’t come without challenges but I’m ready.

Every so often (actually, quite often) I get this urge to write. It could be about a specific story- maybe about one of the kids, maybe not-, about a cool project we’ve been doing around the house, maybe recipe, or like now, just a little update about things and such. Unfortunately, when these impulses arise, I am rarely at a good place to drop everything and write. But hey, here I am, with the urge to write, no kids around, and my laptop in front of me! Man it feels good.

So, well, lots of things have happened since the last time I blogged. {Which, even before that was becoming more and more sporadic.} We welcomed our third baby. THIRD. Lincoln William officially stole our hearts. We are a family of five. It’s insane. Sometimes it’s insane good. And other times it’s insane good. I seem to live in a constant state of “just on the edge of being overwhelmed.” 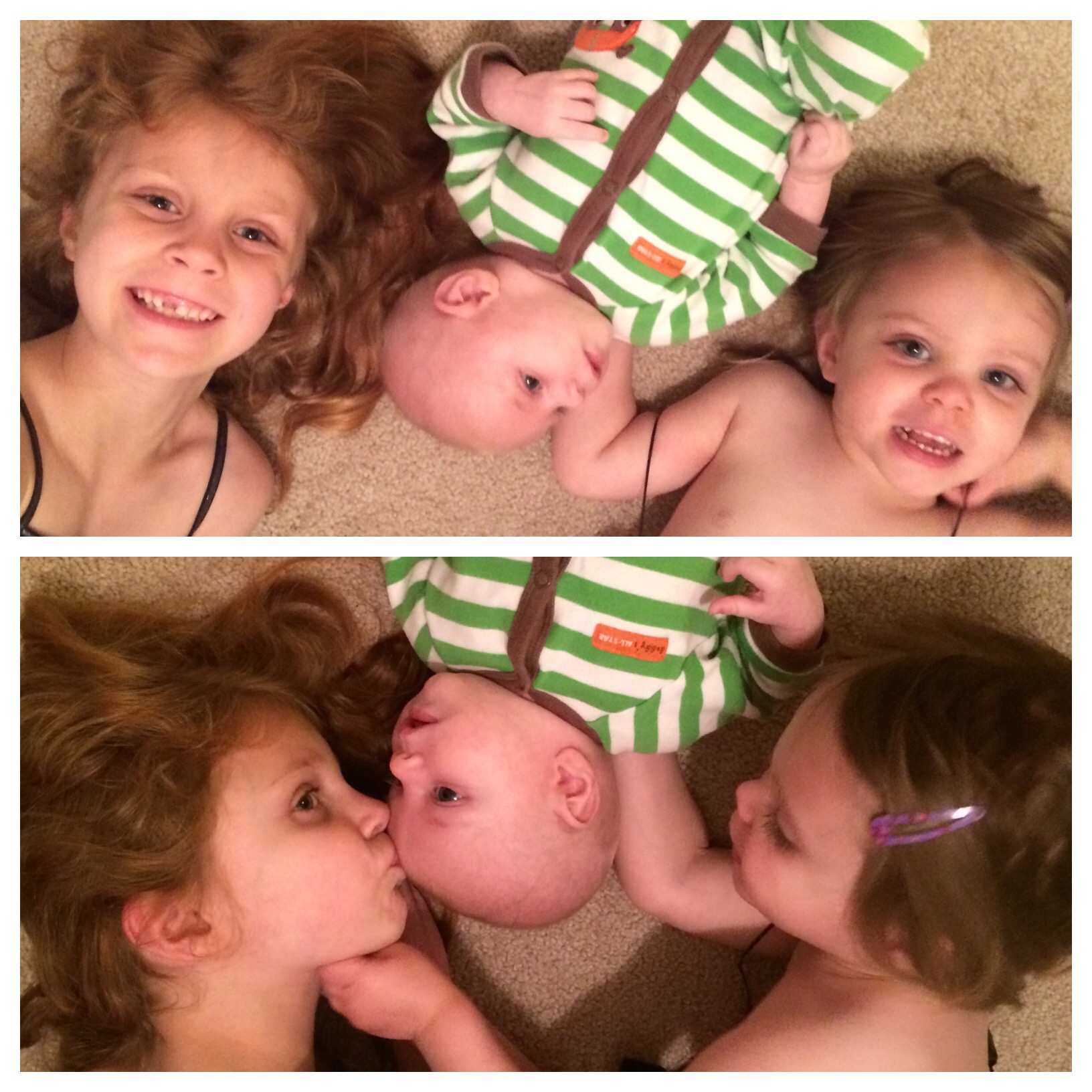 I have the “holy crap I have a boy” realization multiple times a week. It’s STILL kind of unbelievable to me. No joke, the very first thing I said when the doctor put him on my chest after he was born was “HE REALLY IS A BOY!” I was smiling and may have shed a tear or two of joy. Speaking of birth. Yep, it happened. It was fast. Too fast for drugs. I have one thing to say about that: Freaking OUCH. Okay, I guess that’s two words, but whatever. He’s already two months old. Time is flying. Life is busy and homeboy is just along for the ride. He’s a pretty good sport, but definitely more opinionated than his sisters were at this age. He also things sleep is for losers compared to his sisters. I’m trying really hard not to compare him to his sisters so I stop living in a state of sleep disappointment. 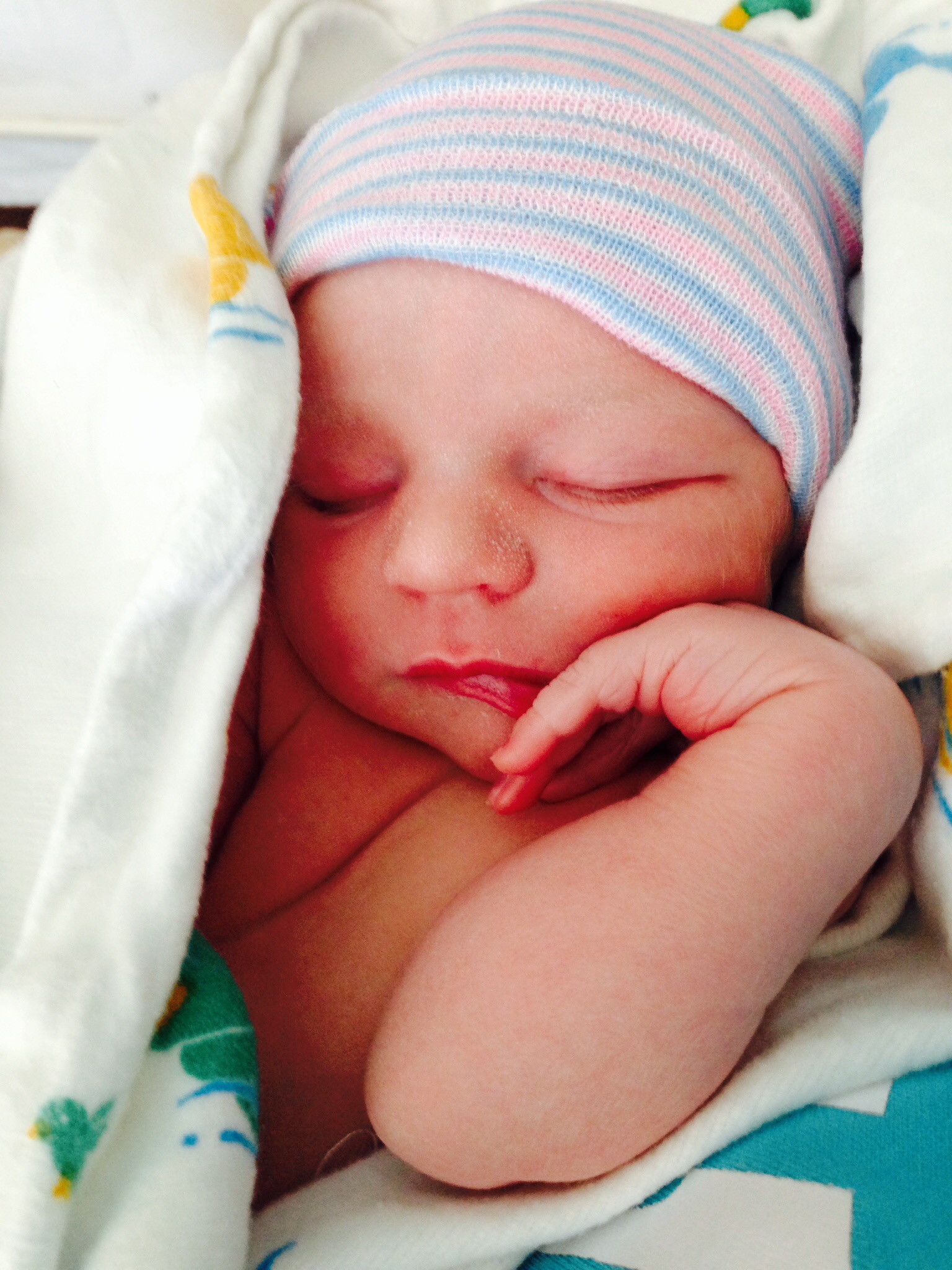 I’m back working two days a week and it’s fantastic. I missed it.  I’m happy to be back. It’s good for all of us. I’ll go back full time in January. I’m ready. Though, I do have to say, I have enjoyed my time home with Lincoln more so than my other two leaves.

Christmas music is currently filling my headphones. I’m very excited for the holidays this year. For the first year, Rylee was talking about our Advent Activity calendar long before December even started. I won’t lie, it made my heart really happy that I started a tradition that she now looks forward to every year.

Speaking of Rylee. Wow, this girl. I am LOVING school age. She’s having sleep overs with friends, she’s playing sports, she’s just generally pretty awesome. Sure, we still struggle with general sassiness (by we I mean her and me, she’s never like that with Andy), but she is growing such a fantastic little person. She is such a good help with Lincoln. Her sense of humor is on point. She works really hard in school, she is reading at a mid-year second grade level, AND Andy has been teaching her multiplication. Future engineer? Perhaps. Wouldn’t that be so awesome!? 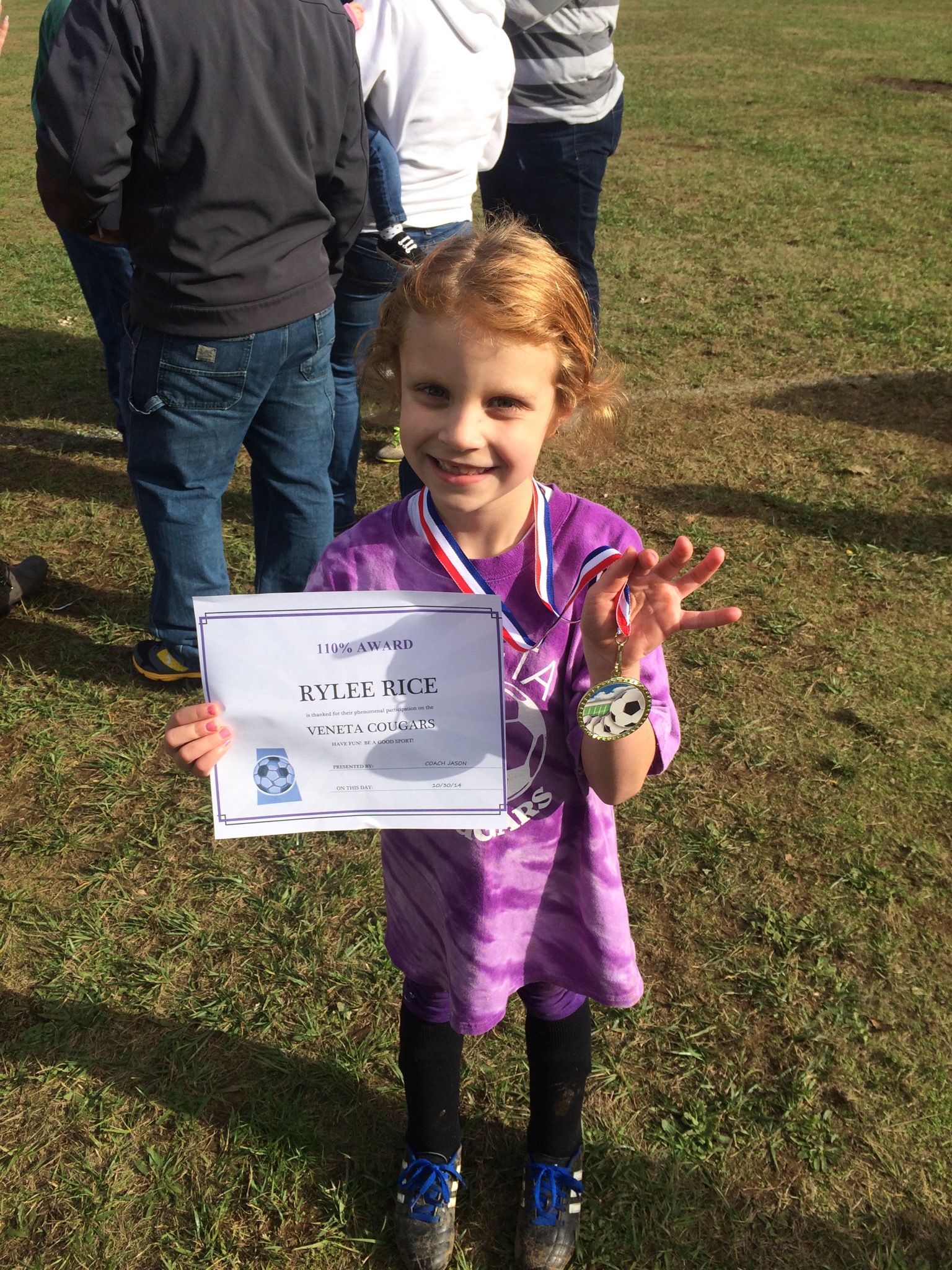 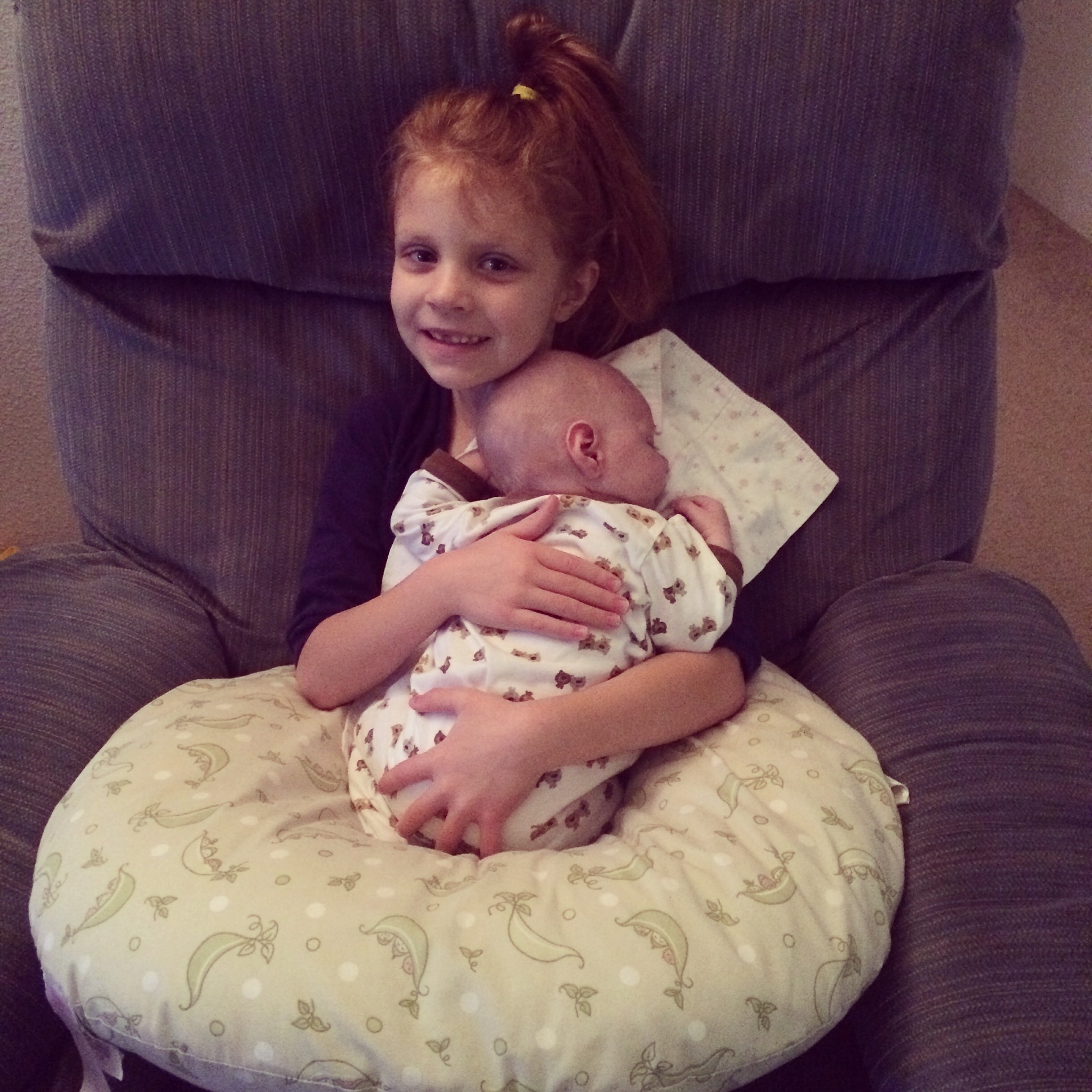 Reese is as fiery as ever. She is in full-on two year old mode, Lord help us. She loves her brother something fierce. Like, a little too rough kind of fierce. It’s sweet and scary all at the same time. Eating is still one of her favorite past times, but lately we’ve added dancing, reading books and playing baby doll to the line-up. She’s also becoming quite vocal and opinionated {and sometimes physical} regarding her sister. Good times. She constantly blows me away with different things…the way she memorizes songs, her proper use of the word “comfortable” and her love for caesar salad.

Ok, I suppose I need to get back to it. These workflow emails won’t write themselves.

I always have the best of intentions with this blog, but more often than not it goes on the back burner. For my own sake, I want to write more here. I don’t know when I’ll be back to blog again, but I do know I’m not ready to give up this space, my outlet, just yet.

Today is brought to you by the letters TGIM and the number 3.

TGIM…as in THANK GOODNESS IT’S MONDAY. Like for reals. This weekend mang. Andy was hard at work on the patio. It’s getting so close! Rylee’s pneumonia relapsed on Thursday so we spent the weekend trying to take it easy. Nope, no fireworks or BBQs for us this year. Reese is hitting the two’s like a champ and both the girls are all sorts of opinionated when it comes to what is “theirs” and how they feel about sharing and how things just aren’t fair. Exhausting, yo.

And the number 3…as in just spent a 3 day weekend essentially solo-parenting two kids with crazy cabin fever by the end of day 3. As in just looked at my pregnancy app and apparently there’s less than 3 months until baby #3 is due to arrive. Wait, what!? As in I’ve already had 3 cups of coffee today.

And as in…3 days until I kiss my family goodbye and head off to a long weekend with 3 of my best gals.