So, back in January my sister, K1, had a baby! It’s the first cousin on my side. My first niece or nephew. This last Saturday I took the kiddos up to meet their sweet cousin George! Yes, he is 4 months old and I just now took the kids up to meet him. And even though there’s really no excuse for how long it took me to make that happen, I’m going to try and make some excuses. 1. My children are disgusting and germ filled and have been passing around the same cold since November. 2. Ever since February, I’ve been going to Portland for work on a weekly basis. I didn’t want to make the trip again on a weekend. 3. I’ve kinda liked having him all to myself on those trips.

Ok, truth be told, reason 3 is pretty much the main reason.

Anyway, back to Saturday. Andy was off with a friend for the entire day so K1 and I made plans to make the meeting happen! Then Lincoln ended up with a fever Friday afternoon/night. And it turned out that George had an ear infection. So we had decided we’d reschedule. Then Saturday morning by 10:30 I was already feeling myself going crazy being cooped up in the house solo with the 3 kiddos. So I texted K1 and we decided plans were back on! I hadn’t told the kids yet what we were going to be doing, so when plans were back on I shared the news.

Within 30 minutes we were hitting the road!

The drive up? Was terrible. I’ve made that drive more than a dozen times in the last 3 months and this was the worst one yet! It was pouring down rain the entire way. There was a ton of traffic. We were stopped because of a wreck at one point. Multiple instances of people slamming on their brakes. I expected Lincoln and Reese to sleep most of the way. Lincoln only slept 1/2 of the drive and Reese slept less than that. Good times. 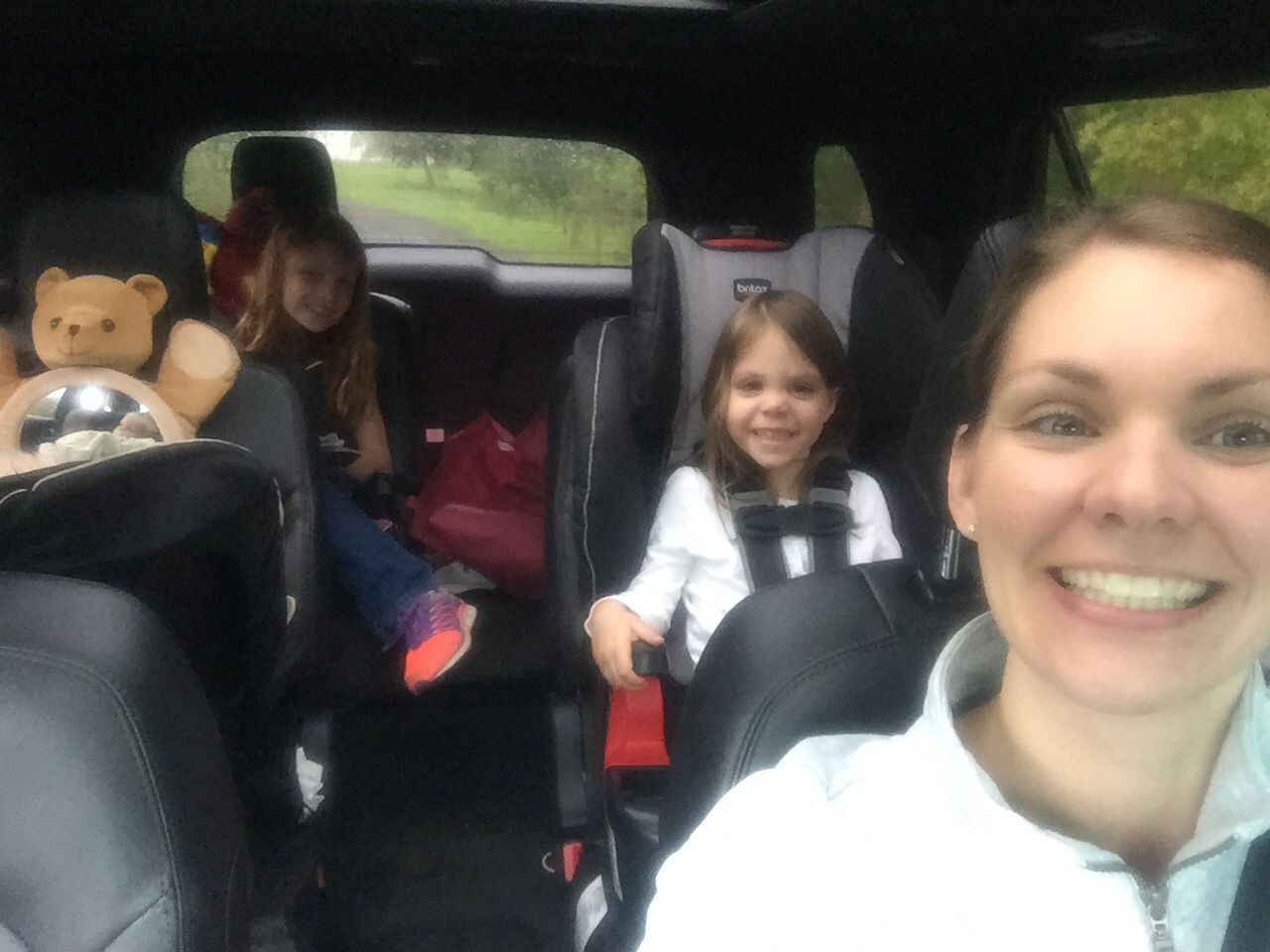 We made it up in time for a late lunch. George was sleeping so K1 took Rylee and Reese in to peek in on him. Reese had her first I-never-want-to-forget-this-moment one-liner of the day: “Oh auntie he’s cute. You picked a good one.”

When he woke up and was fed and changed it was time for the “official” cousin meeting! Rylee got to hold him for a hot second before it turned into the Reese show. 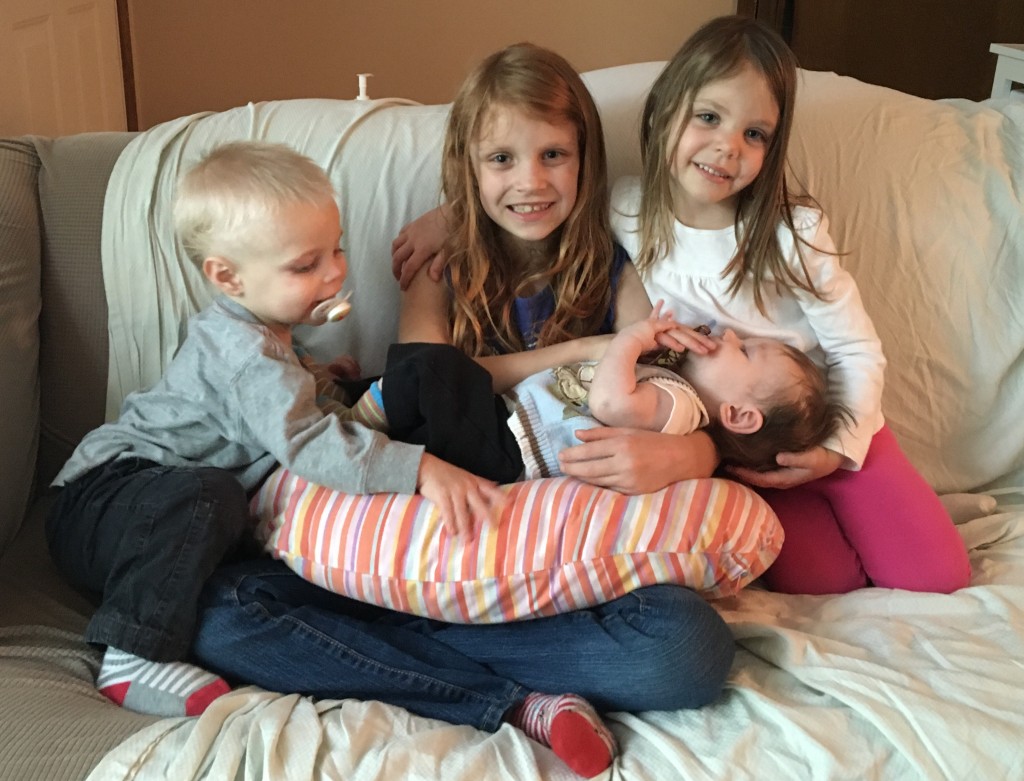 Reese was obsesssssed with her cousin. Honestly, I should have known that was going to happen. She’s been obsessed with him ever since K1’s baby shower, where she would ask every few days if Baby George had “popped out of Auntie’s tummy yet?”. She got to feed him a bottle, then insisted on burping him. She brought books from home to read to him. She had him giggling at one point. She told me she didn’t want to leave. Her and my sister are already planning a sleepover for sometime this summer.

They all loved on him. Lincoln was so sweet with him too… bringing me his binkie, rubbing his back and head, sticking his binkie back in his mouth whenever it fell out. The girls took turns reading him books while he hung out in the cradle our grandfather made for my sister.

All in all? Such an amazing day I don’t ever want to forget. I love this little man as much as I love my own kiddos so it made my heart full to see them all together. I’m so looking forward to watching our kiddos grow up together.

2 thoughts on “The Circus Meets Their Cousin”