On Monday night Rylee suited up in her tie-dyed uniform and played her first official T-Ball game of the season. It was hilarious, adorable and infuriating all at the same time.

Most of the kids on our team {notice I say our team, and not both teams. ahem.} had no clue what to do…wait, I’m supposed to run after I hit the ball, right?…where on the field to go?…what do you mean home plate?

Rylee did a pretty good job all things considered. She batted three times, and made it home 2 out of the 3. She played left field once, right-center once and catcher once.

Reese enjoyed some serious running around, spent some quality time with my mom and dad, and in true potty training form got to use the port-potty not once, but twice. {seriously my own personal hell}

The game went for an hour and a half, longer than I had thought it would be. I was pleasantly surprised to find out that this program keeps score, plays three outs and there strikes. Our team got killed.

After the game she said she had fun. Then we celebrated with a drive through Dairy Queen stop. 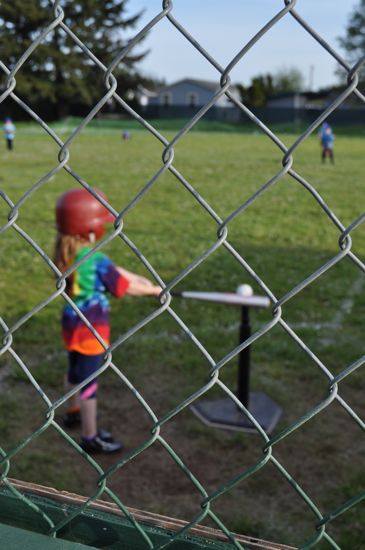 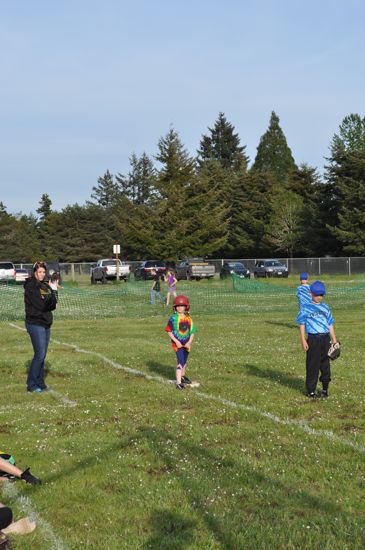 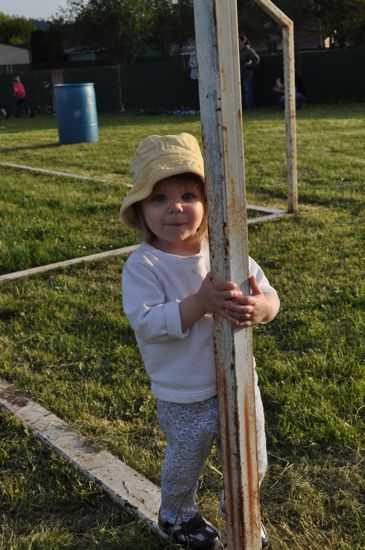 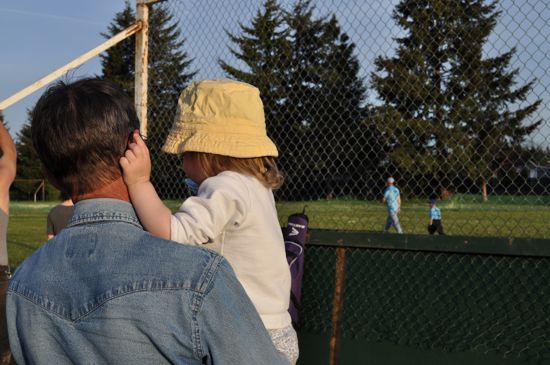