Y’all have heard about the movie Brave, right? About the red headed archer? I just watched the trailer for the first time a few minutes ago. {Seriously, just watching the trailer I got that HELL YEA YOU GO GIRL! feeling.}

Last weekend among the umpteen other things we had on the agenda, we had to make time to take Rylee to shoot her first bow. And by we had to, I mean there was no ifs-ands-or buts about it. And for a very special reason.

I spent nearly 4 years working for one of the largest bow manufacturers in the world. Through my time there I met a lot of amazing people. One of which, being this guy down below, Ray Howell. He founded a 1-on-1 youth mentoring program based out of Minnesota called Kicking Bear. Over the years, Kicking Bear has grown by leaps and bounds and it is truly just an amazing program.

Anyway, even since I’ve left the bow company I’ve stayed in contact with Ray. When he was in town last summer, we had him over for dinner and at that point he said that he would love to teach Rylee how to shoot her first bow. Well I found out on Friday that he was going to be in town for only the weekend, and working an event at Cabela’s. So Saturday, between the k-9 police competition and my cousin’s graduation party we swung into Cabela’s to see Ray and Rylee got to shoot a bow for the very first time. 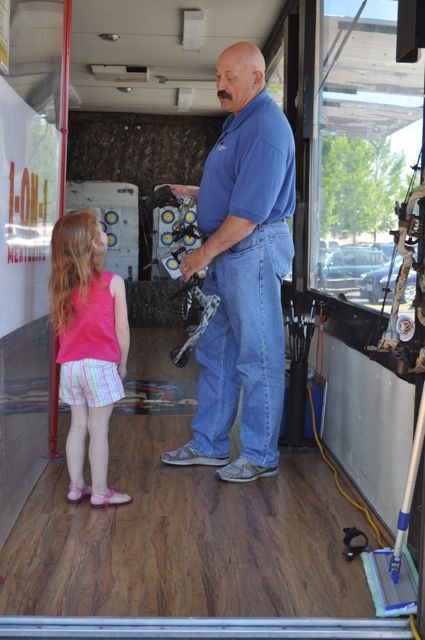 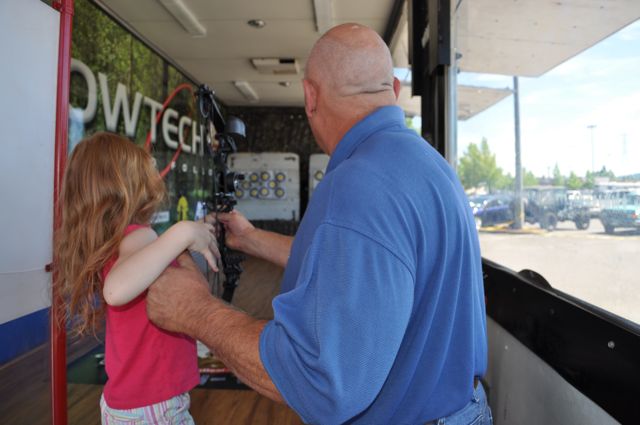 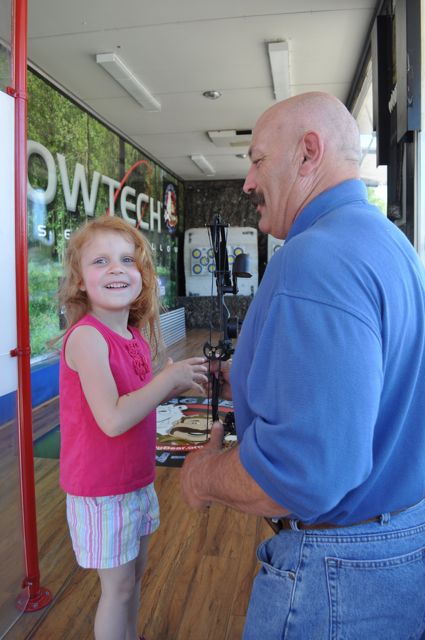 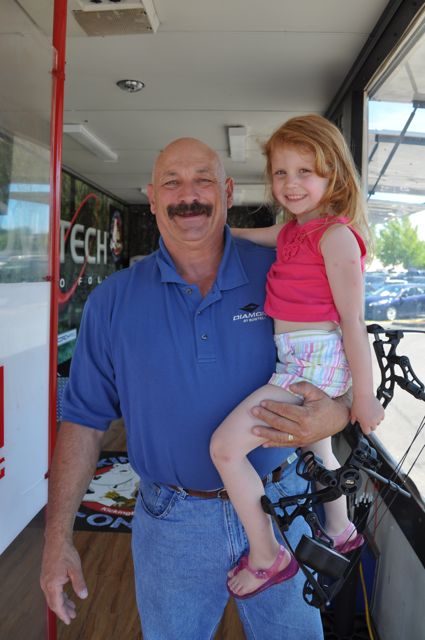 The entire rest of the weekend, that was all Rylee could talk about.

In related news: I think we’re going to be knocking something off of our baby bucket list this weekend and taking Ry to see her very first movie in the theater!

2 thoughts on “My Own Little Brave”