In case you missed it {not sure how you could have}…Rylee turned four years old last Friday.

I took the day off to hang out with her. Not something I’ve ever done, and not something I’ll get in the habit of, but we had a good time.

First on her agenda was to watch “all of the cartoons”…which really meant, not leaving after the “first George” like we do on typical days.

Next up was breakfast. A pancake, a scrambled egg and some yogurt.

For lunch, we headed to a local park and had a PB&J picnic lunch. And the entire park to ourselves.

Upon leaving the park, homegirl thought it’d be super fun to throw a HUGE tantrum…complete with “get your hands off of me!“… “I don’t like you” and… “you’re mean“, followed by… “I want Daddy“.

{for the record? I’ve never been happier we had the park to ourselves!}

That evening we kept it simple and had family over for lemon cupcakes {per Ry’s request} & ice cream.

Someone got a little embarrassed during the happy birthday song… 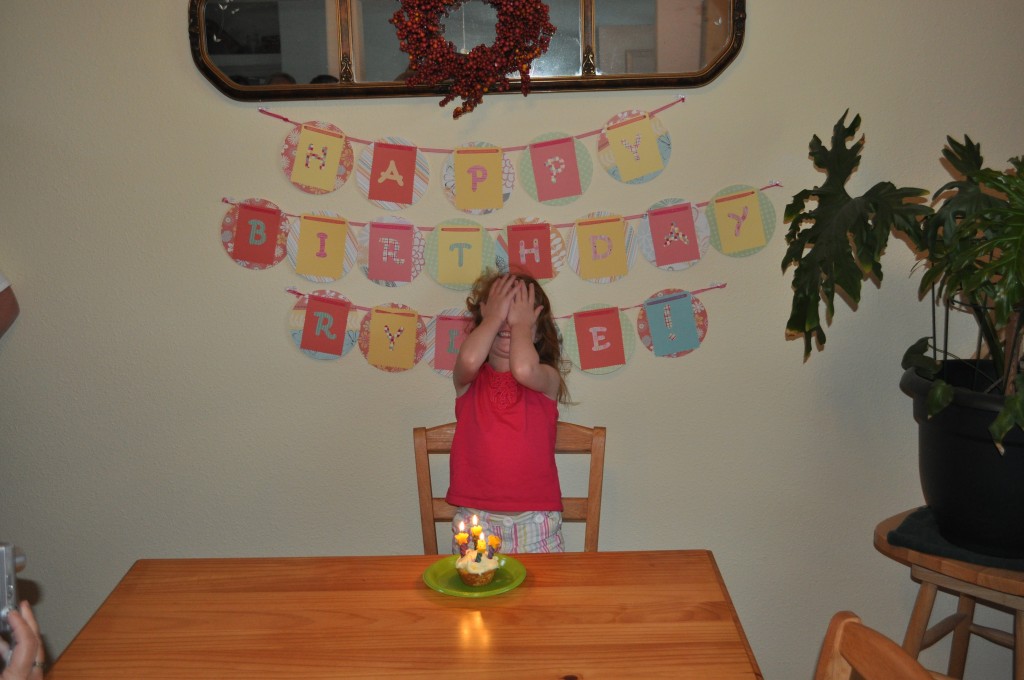 All in all though? Great Day.

And seriously? My baby is four.

P.S. I’m never sure how family and/or friends feel about having photos of them end up on my blog, so I don’t typically post them, but I just love-love-love this one so much, I couldn’t resist. These are Rylee’s “extra grandparents” and mine & Andy’s “extra parents”. They’re the best. And clearly Rylee thinks so too. 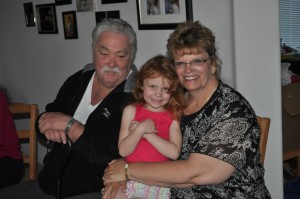