Well it happened again…I went to bed last Wednesday night and I woke up almost a week later.

Ok, maybe that’s not exactly how it happened but holy moly did this last week/weekend fly by.

So here we go…our last week via iPhone photo dump with a little bit of words.

Our new renters moved in over the weekend so that meant that Andy worked around the clock, literally, nearly all last week to finish up the renovations on the upstairs. He’s still not done with it (touch-up painting and flooring to go), but it was at least mostly move-inable. When I say around the clock I really mean it…one day/night/morning he was crawling into bed about 10 minutes before my alarm was set to go off. That man? He’s crazy. See also: hard working, dedicated, rock star, glutton for punishment

However…it has come a LONG way and it looks pretty awesome, if I do say so mahself. 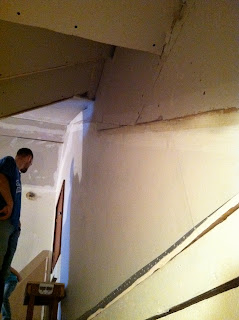 A little peak at the stairway? stairwell? Whatever, the stairs. 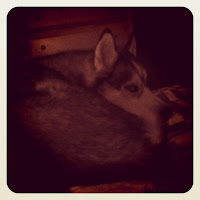 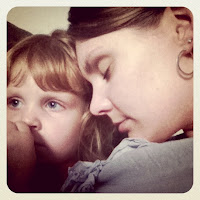 My bed-mate and snuggle-mate while all the renovations have been taking place.
In related news: I really miss my husband. We all do. 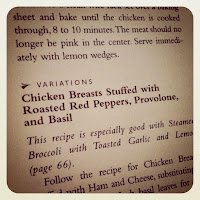 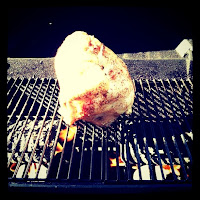 I have been trying out some new recipes. 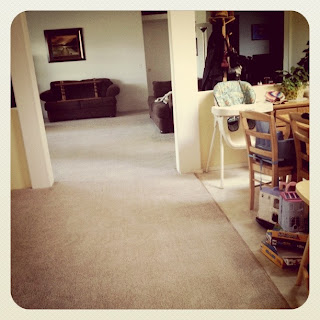 Did you know you get a deal when you have carpets cleaned in TWO houses!? 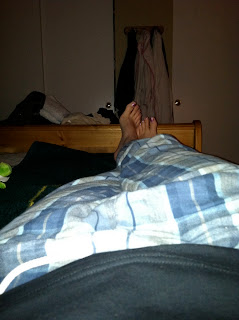 What my Friday nights now look like. See also: lame 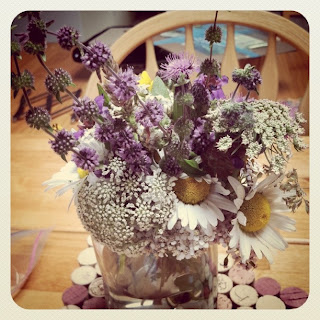 My mom and younger brother & sister came out to help Andy one day. Ry & Keri made me a bouquet. 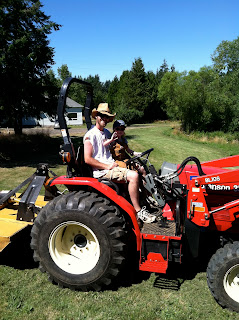 On Saturday since the new renters were moving in so Andy did work outside. Rylee was eager to help him. (that lasted about 10 minutes) 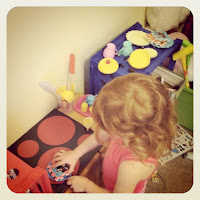 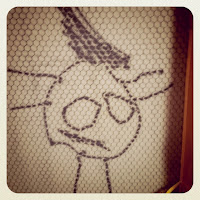 Rylee & I have been spending LOTS of Mama/Daughter time together so far this summer. 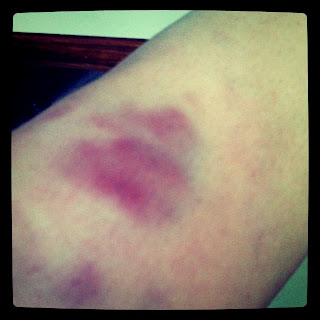 Yesterday at work we unloaded a 54 foot truck with approximately 20,000 units on it…in less than 2 hours. That? Oh that’s just a giant bruise on my leg. Proof of the hard work. 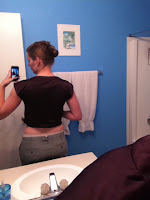 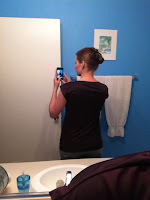 This?…this is what happens when you put on a pair of pants you haven’t worn in a long time after you’ve lost weight…they fall about 4 inches lower than normal and the top of your underwear hangs out. Thank goodness for long shirts, ammiright!? 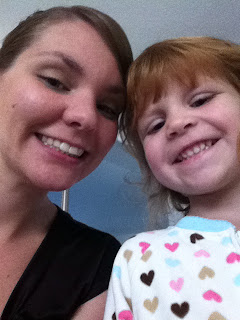 Just a little cheese before leaving for work this morning. Gosh I love that kid.