You guys? I less than one month I am going to have a three year old. THREE!

How the hell did that happen?

I swear just last month, this is what I brought home from the hospital… 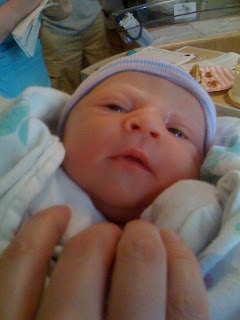 And now? I have a 3 foot something little human that sleeps in a “big girl bed” {for most of the night anyway}, uses the toilet, even wakes up dry most mornings! She sings the alphabet, even recognizes all but about 4 letters of the alphabet on her own. She spells her own name. She mostly colors inside the lines. She pumps her legs on the swing. She totally messes with Andy & me {she’s just like her Daddy}. She uses a fork. She drinks from a “big girl cup”. She eats burritos. She loves sour cream. {I mean come one…what little kid loves sour cream!?}

What happened to my BABY!?

I love the things we are able to do because she’s a big girl. But I can’t help it…I kind of miss her being little and squishy.

This morning? When I dropped her off at daycare, they mentioned her birthday. Then they said that she’d be moving up to the three year old class.

I have a pre-schooler!?

I have a pre-schooler… 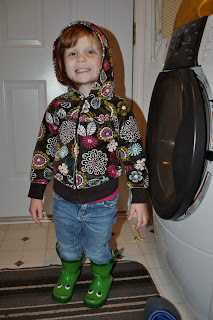 Holy hell…I have a pre schooler.