Last week when I dropped Ry off at daycare I noticed a flyer in her cubby {can I just say I think it’s so cute that she has a cubby}. Anyway, I grabbed it on the way out. It was a flyer promoting a fall festival at the local elementary school. Then, on the way home from work that night I saw a sign outside the local fire station promoting an open house the same day as the festival. They both looked like fun so when we got home I told Andy about it and we put it on the calendar for Saturday.

Saturday rolled around and after an early, lazy morning we headed out the door to the little fire station. It’s a small, country fire station manned with 2 trucks and 4 volunteer fire fighters. They were super nice, however, Ry was having nothing to do with it. I was finally able to convince her to climb up in the fire truck with me… 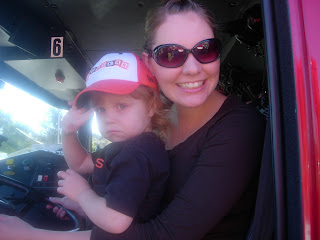 {She was not impressed.}
The super nice volunteer firefighters told us that the main station “downtown” {I’m sorry, but “downtown” in a town of 3,000 is just silly to me} was having an open house there as well and there would be a lot more to check out. Since it’s just down the road from the school, we figured we’d go check it out too.
The school’s fall festival was a little less than amazing, but Ry got a balloon ladybug bracelet and she got her face painted! I thought it was kind of funny she chose a soccer ball, but that’s what she wanted. We munched on a caramel apple and a wanna-be elephant ear while listening to the “live band” sing old country covers. 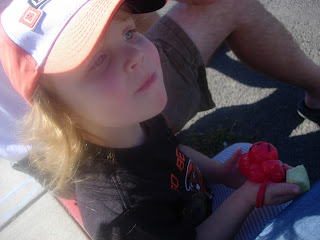 After the face painting, we headed down the street to the main fire station. Here she was a little more outgoing. She had fun checking out the helicopter and antique fire engines. She insisted on climbing up the ladder, oddly enough, they wouldn’t let her. I have no idea why. She also insisted on doing the obstacle course making her the youngest Official Junior Firefighter in Rural Lane County. {Ok, I made that up, I don’t know that she’s the youngest.} She got a badge and hat and certificate and everything! 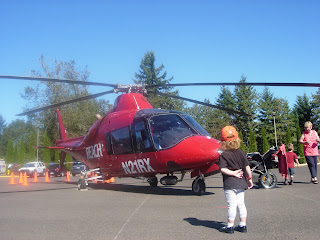 {Don’t be judging the outfit…other than the shirt, she chose it} 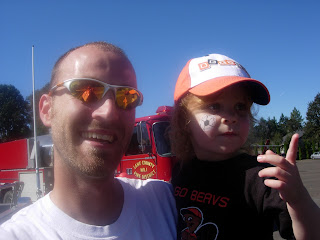 {Sportin’ the soccer ball quite nicely} 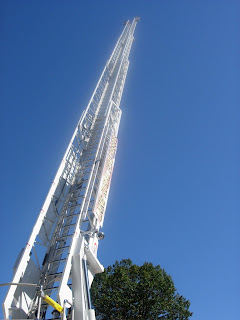 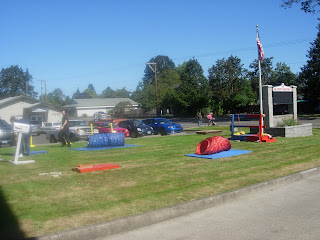 {She carried a doll to safety, crawled through a tube and learned how to stop, drop & roll. Offical Jr. Firefighter material for sure!} 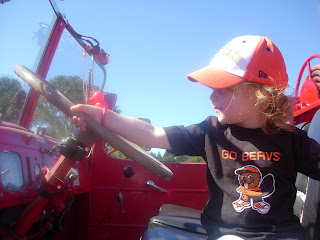 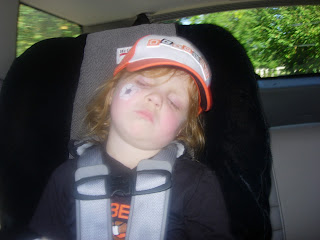 {We only had about a 5 mile drive home.}