{Note: I just found this in my drafts folder… from more than 2 years ago. So, why not just his publish, right?}

At this point I’m not even sure how the conversation came about, but Saturday morning Andy was telling me about a conversation he and some coworkers were having about regrets they had/things in their past they’d change.

My ears perked up…I was curious to hear what he’d said.

I laughed and said “I think I just threw up a little bit in my mouth.”

He laughed too telling me that was pretty much what his coworkers said too.

I couldn’t help but smile.

For one, because, duh, I have an insanely sweet husband.

But two, because just one week earlier, while spending the weekend in Arizona with my girlfriends, we had that same conversation about regrets and things we’d change and I said almost the exact same thing Andy did.

{minus the sports thing, because me and sports? Well that’s just laughable.}

We started dating a couple of weeks before my freshman year of college. I knew within weeks that I was going to spend the rest of my life with him. We became engaged just before i started my senior year of college and were married months after my graduation. Because of that I never studied abroad or did some of the traveling I watched my oldest sister do while she was in college. Looking back do I think that would have been a cool thing to do? Sure. But some memories of a few months spent overseas doesn’t even compare to the life I’m living today.

And that concludes my mushy quota for for a while.

Some nights he cooks dinner. Most nights I do.

Some nights I put the little one to bed. Most nights he does.

Sometimes I bring in firewood. Most times he does.

Some mornings he gets up with the girls. Most mornings I do.

Some nights I make sure the girls are tucked in before we go to bed. Most nights he does.

Some mornings I get up to let the dog out. Most mornings he does.

Some nights he picks up the girls. Most nights I do.

Some days we work on house projects together. Most days he’s working on the project and I’m wrangling children.

Sometimes I do the laundry, dishes and vacuuming. Sometimes he does.

Some days it’s the other way around.

Sometimes it’s exhausting. Sometimes we don’t have a choice.

This is life with a true partner.

Some nights no matter how badly I just want some quiet alone time to write, he wants some company. And so I turn off my computer.

It all averages out to 50/50 in the end. But that’s what marriage is all about right?

Every day I’m thankful that he is my partner in life. 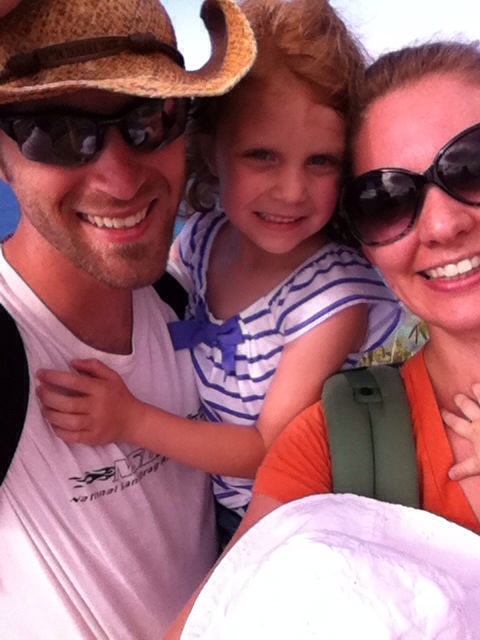 I feel like everyone has that person they look up to in life…a mentor or role model, if you will. Whether it’s career related or personal life. Back in my late teens/early 20’s I had one of those people in my life. I looked up to her in every way. In her career. In her marriage. And eventually, in her parenting. Even before I had a career, marriage or children I’d take note of things she would do or say.

One of those things was something she once said about the subject of love. She didn’t say it directly to me, rather in a group setting. What she said made so much sense. It’s a little tid-bit I have shared with others over the years and it’s something I often come back to in my own relationship. 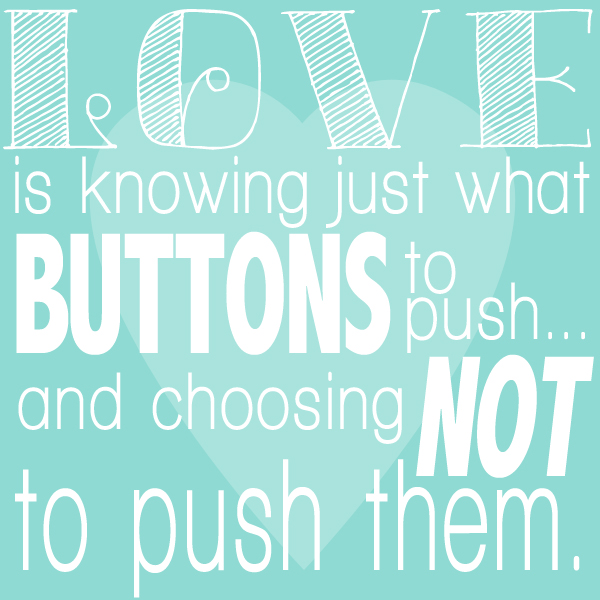 She’s since moved away but to this day many of those things have stuck with me and shaped the way I work, partner and parent.

The entire reason we went to Hawaii was because my sister was getting married there! I’ve been wishing/hoping a family member or close friend would have a destination wedding for quite some time because DUH! Automatic vacation!

The wedding was beautiful and I hope it was everything my sister and her husband had hoped it would be.

I originally had about 20 photos of their day to share in this post, then I really thought about it and even though I took the photos, even though they’re living in my computer and even though I edited a bunch of them, they aren’t really mine to share, ya know?

But the wedding and the day was too fantastic not to share so I figured if I’m in the photo or if my kids are in the photo, they’re fair game. So here’s a few shots from my sister’s Hawaiian wedding… 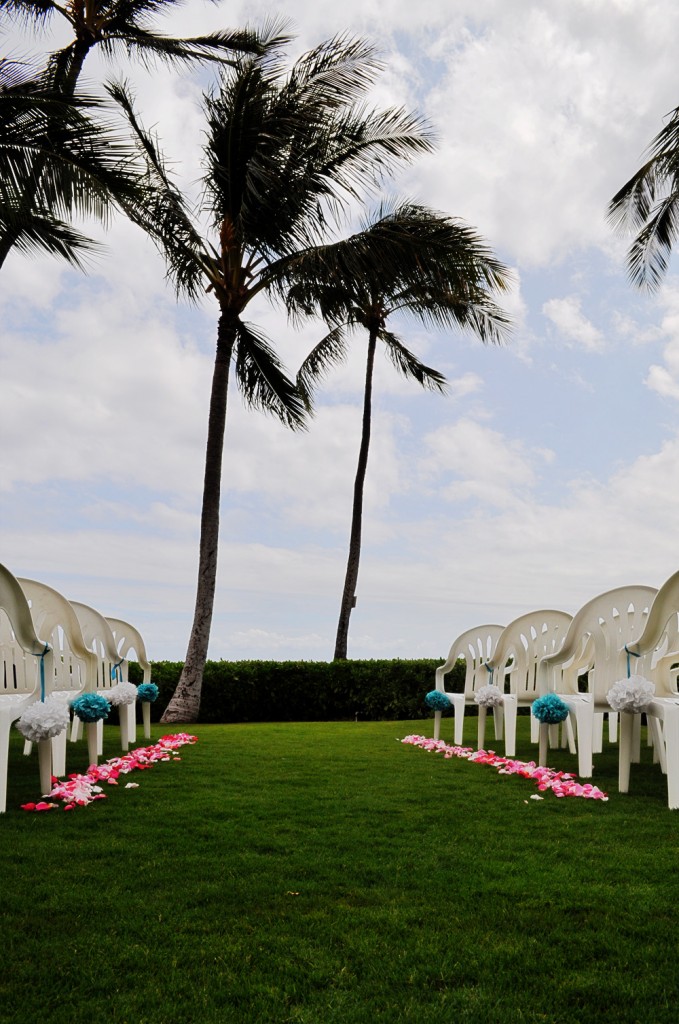 The Rings!
{This one might break my rules, but I kind of love this one} 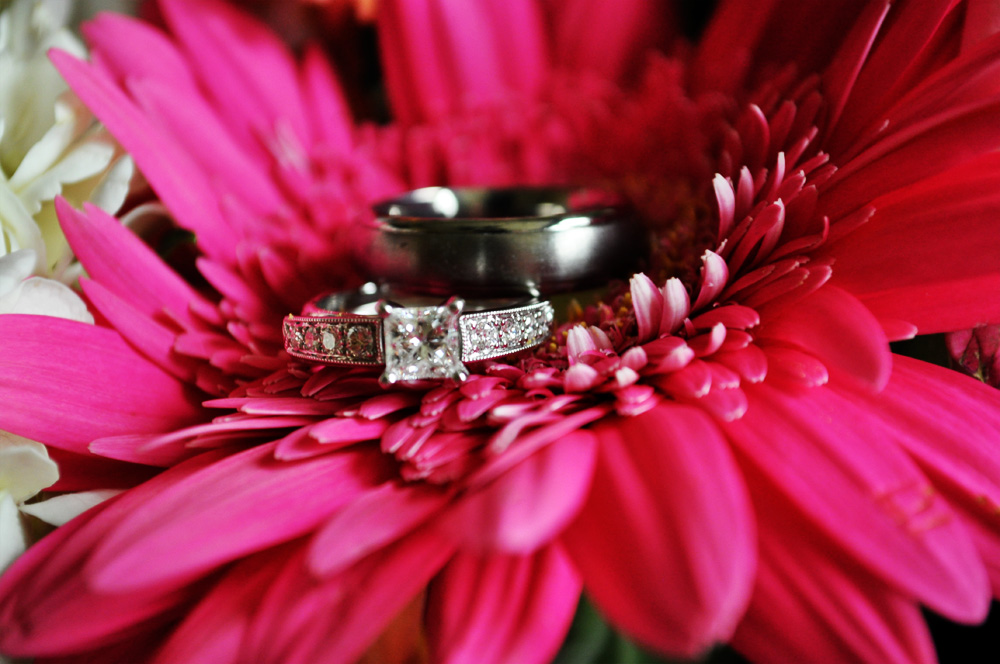 Sisters helping the bride.
{This pretty much sums up our personalities…K1 The proper one. K2 The poser. K3 The goof} 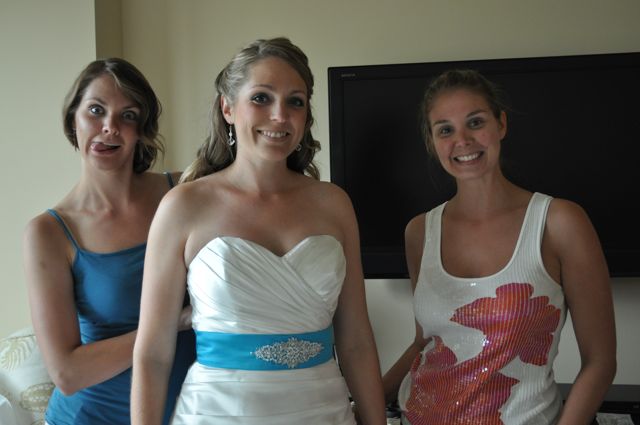 Rylee as one of the flower girls.
{My sister chose not to have a wedding party so she had all of the nieces & friends’ kids as the flower girls/ring bearers. It was very sweet.} 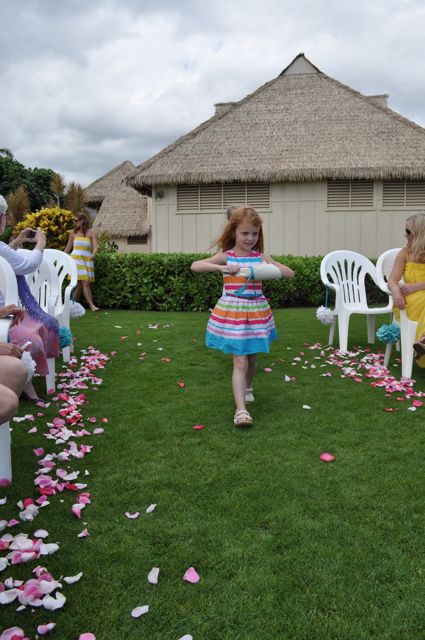 A Dad and his Baby. 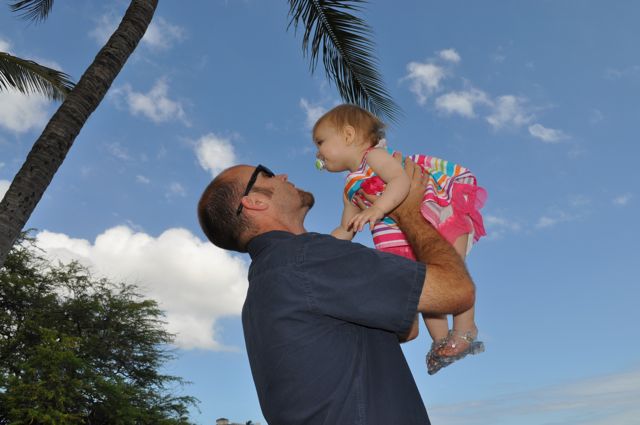 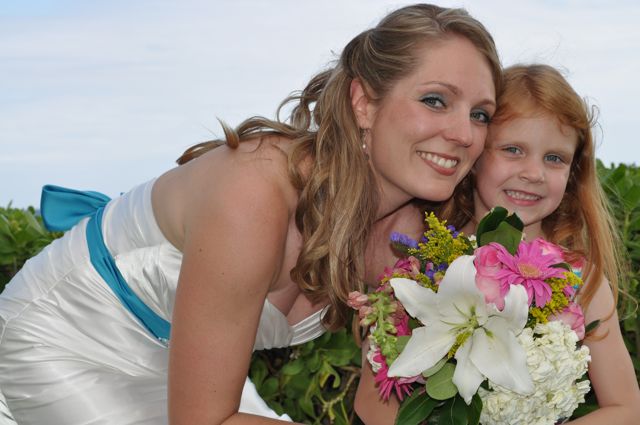 Playing in the rose petals waiting to head to the reception. 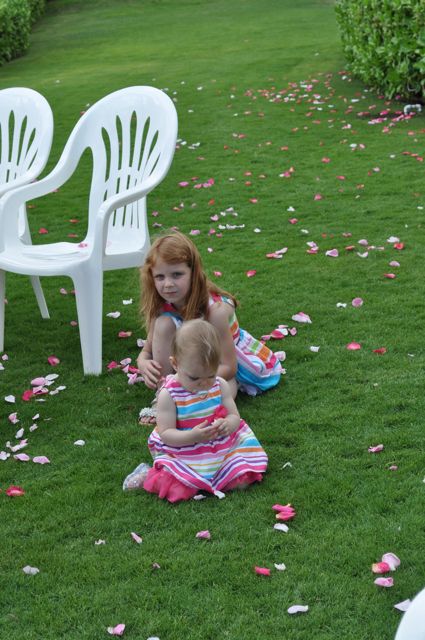 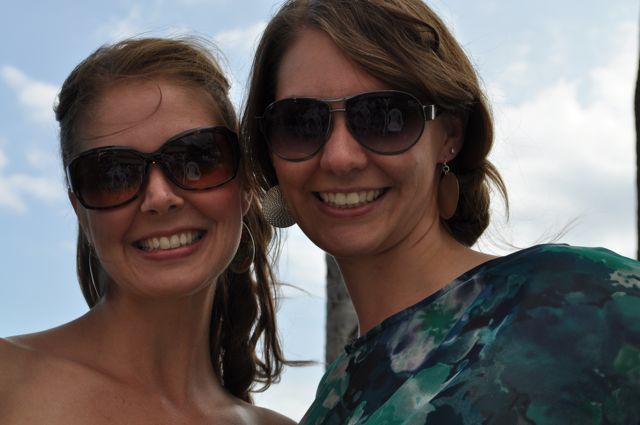 My sister is married!! 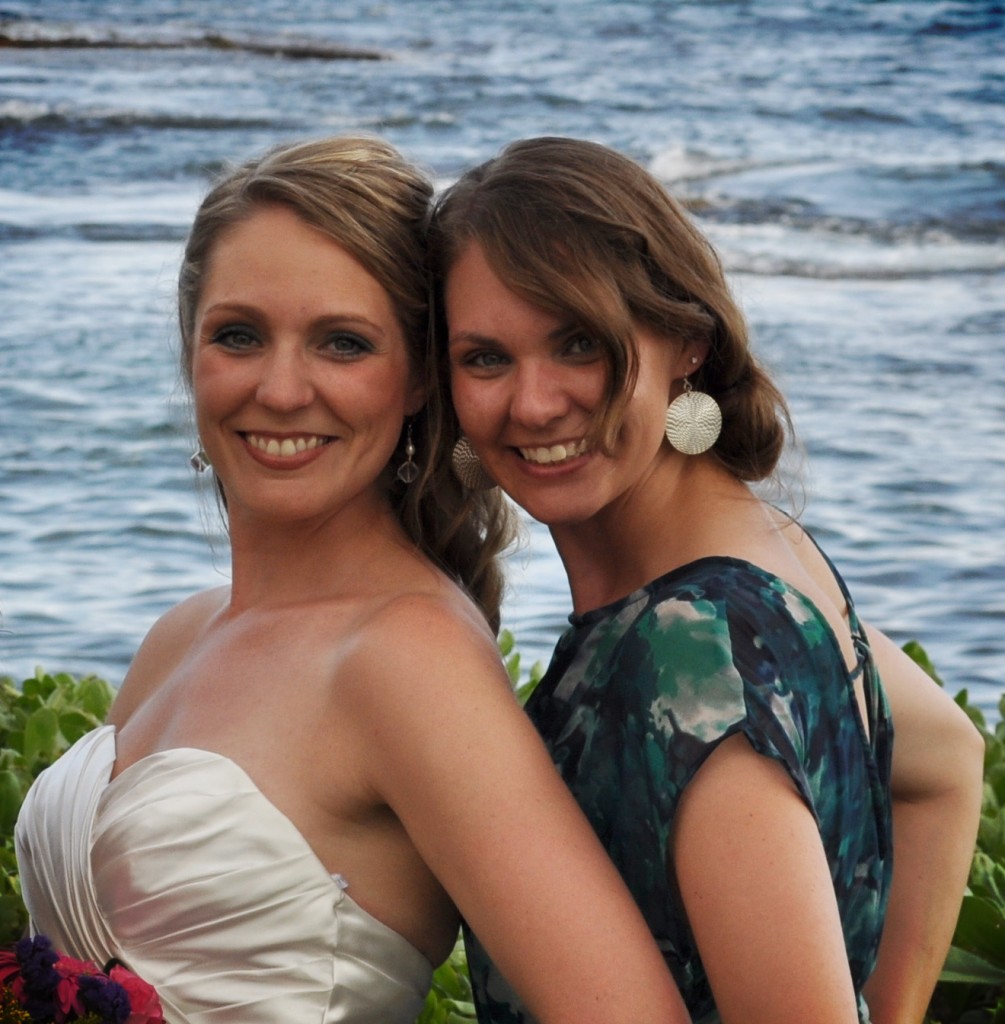 Sisters!
{And two of my best friends} 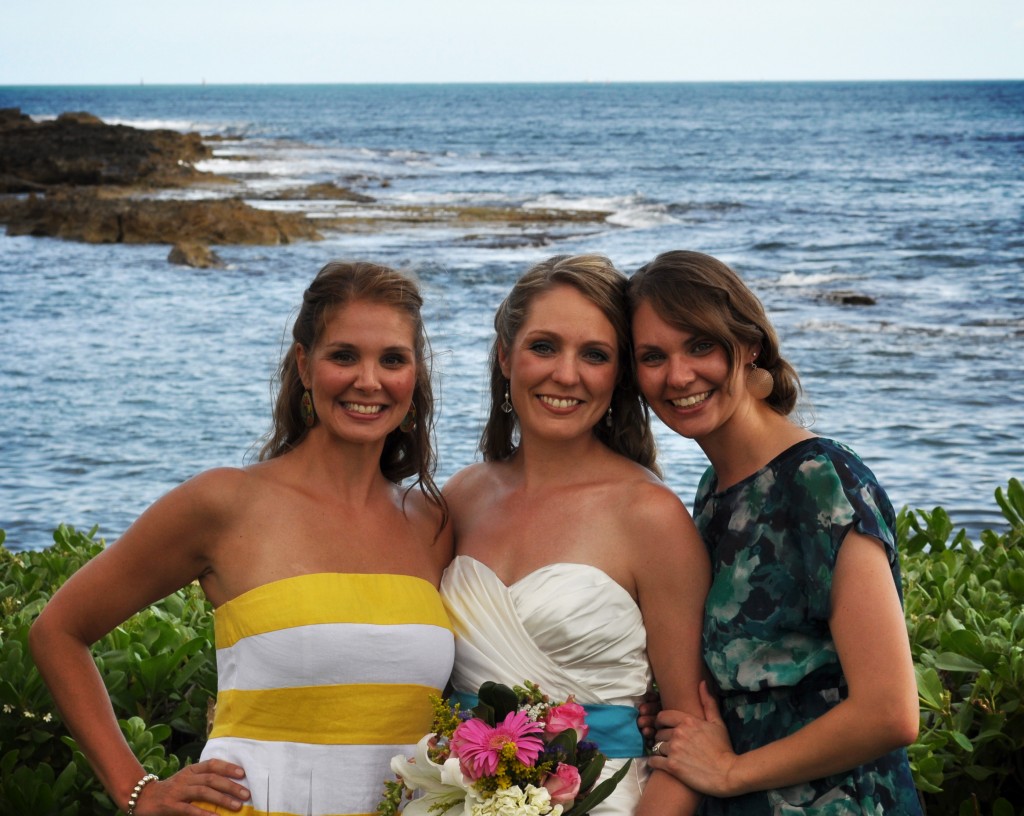 Our Family of Four! 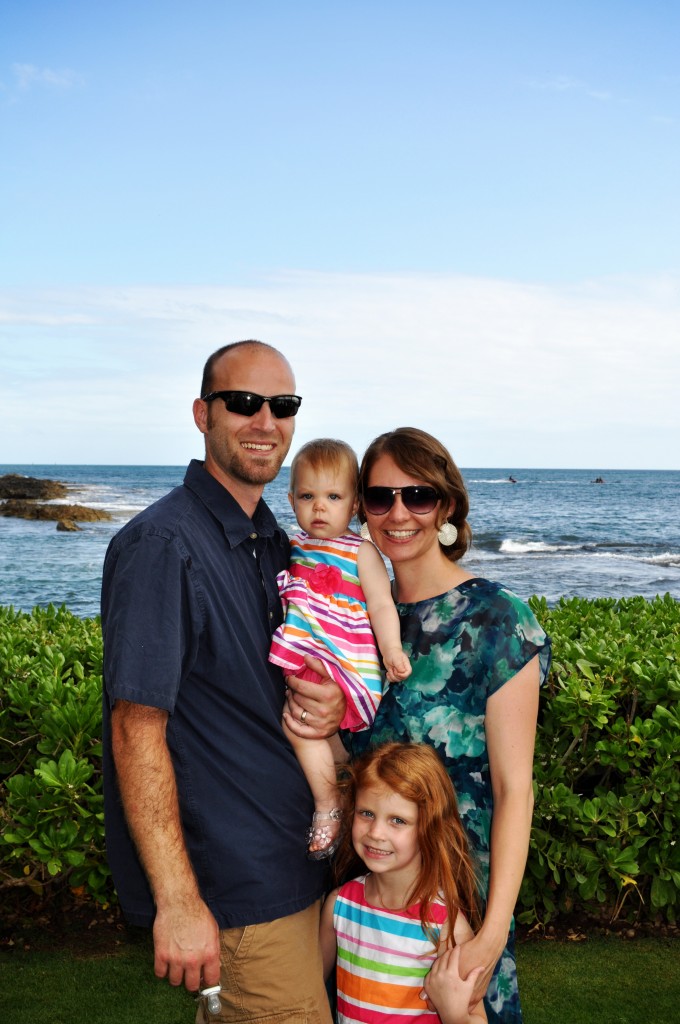 Sis, if you’re reading this {and I know you are} you were a beautiful bride. You will make a wonderful wife and someday an amazing mother. Thank you for letting me be a part of your big day. I’m so happy that I can call you my sister and my friend. I love you.

We kissed the girls goodbye and headed out the door. As we walked to the car, he rushed in front of me and reached for my car door, holding it open for me as I climbed in the car.

I was sort of taken aback. Not that he’s not the kind of guy to open a lady’s door, but just that it’s been so long since we’ve gone somewhere without tag-teaming taking care of the girls it was a surprise. I kind of forgot that used to be the norm.

He joked about having to rush in front of me, “Don’t take this away from me. I don’t get to do it very often…”

It made me stop in my tracks. I smiled. Remembering just how much this guy gets to me.

On the drive we talked a bit. Then it turned quiet. It was odd not having a 4 year old chime in to everything we say from the back seat.

He reached he arm across the center console and rested his hand on my leg.

Again, I smiled, remembering just how much this guy gets to me.

We spent the evening with friends at the Blazer game. We had great seats and it was our first NBA game.

We grabbed Subway sandwiches before the game. I told him I only wanted a 6″ sandwich. He ordered me a footlong saying he’d eat the other half after he finished his because he was that hungry. He wasn’t surprised when I ate the 6″ half and then some of the other.

He poked fun at me. I rolled my eyes at him.

We sat next to each other watching the game.

He rested his hand on my knee.

I leaned my head on his shoulder.

We got back to my sister’s house and I thanked him for my evening.

I know it doesn’t sound like much, silly even, but when life gets so crazy and we just end up going through the motions, it’s nice that after 12 years together, nearly 8 being married, almost 5 years being parents, this guy can still stop me in my tracks and make my heart to pitter-patter.

{for the record, this is about as mushy as I get. And just in time for Valentine’s Day.}