Remember a couple of months ago where I shared my life-changing advice for saving for college tuition? I’m pretty sure 6 weeks in and we already have at least one kid’s books paid for an entire year.

Well, here I am back at it again ready to change lives!

School is back in (thank goodness). And it’s amazing how easily I blocked out my least favorite part of my day… the morning routine of getting the kids to school.

First, a little backstory:
When Andy and I were engaged, we went to a going away party for a family from our church. At the barbeque, they presented us with a wedding gift. It was a “Love Pig.” Basically, you put a dollar in the piggy bank every time you knock boots. And while 20-year-old me was super embarrassed to open that gift and read the story of the love pig in front of an entire group of people from our church, including our pastor, that silly pig paid for our trip to Hawaii after only 8 years! So … well done us!

Fast forward 5 years since Hawaii and now 3 kids, I’ve decided I have a new way to fund a future vacation! I’m not saying that the pig isn’t being fed on a regular basis, I just think my new way will expedite the funds…

Every time I have to tell a kid “worry.about.yourself.” in the mornings, I will put a dollar in a jar.

Our kids are at the ages where they are always at each other for something. So much tattling. So much whining. So much bossing. “Worry about yourself” is on regular rotation.

On the VERY first day of school, I said it no sooner than 15 minutes after all three of them were awake.

If it gets really bad, maybe I’ll make them pay with their own money.

Who knows… I’ll either have a luxury vacation funded within the year or we’ll be broke.

The second edition of my money-management/investment/parenting book should be out soon.

BOOM. College funded. And probably years ahead of graduation even!

I should be meeting with a book publisher soon, clearly. It’ll be a money management/investment/parenting book all in one. 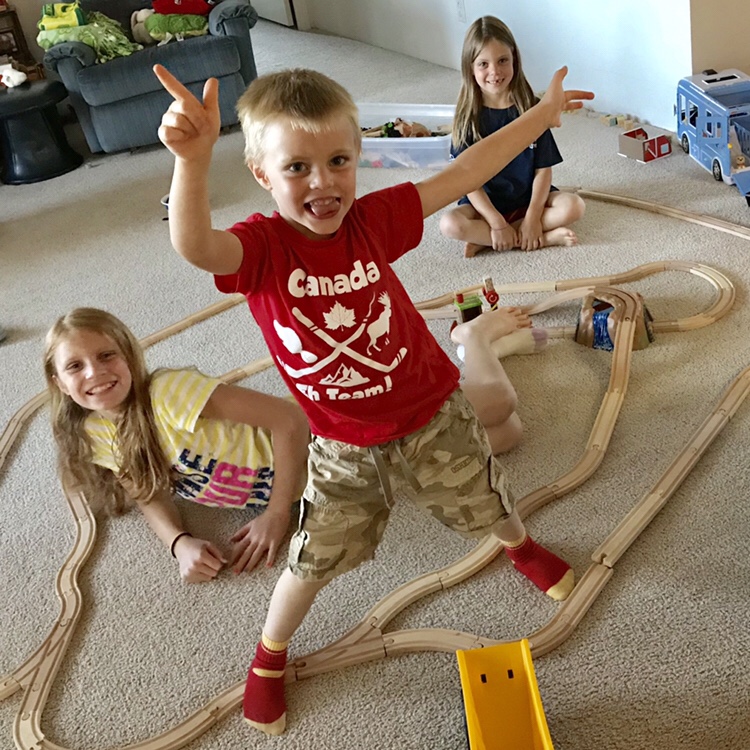 Alternative plan? Use the money to buy wine/booze/your alcohol of choice. Because you’re likely going to need it.

Chances are as soon as you read that title you finished the saying. You see them all over Pinterest and etsy these days.

A woman’s place is…
… in the House and Senate.
… in the resistance.
… in the kitchen.

Well, excuse my language, but I’ve decided I like the more universal saying that a woman’s place? Is wherever the fuck she wants it to be.

I have the privilege of being a part of a Lean-In Circle where I get the opportunity to have lunch with some amazingly smart, accomplished, and motivated women in my community. We get to talk about equality in the workplace, taking a seat at the table, etc. One month, the topic was success.

It’s easy to become overwhelmed with impostor syndrome when you’re sitting at a table with so many impressive women… I’m sure many of them make more money than me… Some probably drive fancier cars… Have bigger houses… Take more vacations… Others have more impressive titles.

The other thing that happens with you’re sitting at a table with so many impressive women, is that you are surrounded by uplifting, empowering, motivating women who are all on the same page with what success means.

And that is that it means something different to each and every one of us. And that’s ok. And that definition can (and will) change. And that’s ok too. We all have a place.

I’m lucky enough to be surrounded by people that support me where I’m at. And everywhere I’ve been along the way. Wherever my “place” happened to be at that time. My definition of success has changed a number of times over the years, and so my “place” has changed as well.

I’ve been sitting on this draft for months. Last week the world celebrated International Women’s Day and I’ll be damned if a YouTube ad from Google didn’t get me all inspired to dust this off and finish it. My goal is to make a conscious effort to support women where they stand. Whether they’re happy where they are and they’d consider themselves a success, or a work in progress as they work toward their goals.

I have two little ladies that will one day grow up to be women. Right now, one of them wants to be an engineer and design bows for archery and hunting. The other wants to be a mom. No matter where their paths in life take them, I want them to know that their place is wherever they want it to be.

I’ve been texting with some mom-friends this week about the challenges of breastfeeding and pumping and the guilt and resentment and “OH MY GOSH WHY AM I NOT MAKING MORE MILK I AM SO SICK OF THIS” of it all. After 3 kiddos, I’ve been there done that.

Ironically enough, world breastfeeding week just wrapped up a few days ago and that post I just linked above I wrote almost a year ago to this day. It’s hard to believe at this time just a year ago I was still nursing Lincoln. It seems like such a distant memory at this point. But I digress…

The subject of that group text always hits me like a ton of bricks because for every 1 mom that’s out there that thinks nursing their baby is a breeze and amazing and a beautiful journey, etc, etc, etc, there’s at least one mom that struggles with it and feels like she has to be silent about it. And it seems like there’s never anyone out there saying “it’s ok! I get you! you aren’t alone! You don’t have to love it!”

And that sucks, right!? Because the internal struggle of breastmilk vs. formula is real. And hard.

For the mothers that are struggling with milk production, or you think there’s something wrong with you because you just don’t love, or even like, nursing or pumping, or feeling guilty for making the move to 100% formula, you are certainly not alone. I’ve shared many of those same feelings.

How they get fed is up to you. And only you.

There are moments as a parent that will stop you in your tracks. Last weekend was one of those moments for me.

Ten, twenty, even thirty years from now you may not remember that day, but I will.

Your dad, sister, you and I piled in the car and headed over to Bend for Cousin Connor’s super hero birthday party. It was a great day. 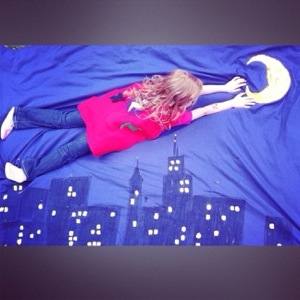 Part of the party was a “super hero training course” where you had various obstacles to complete around their backyard. While all the kids were running around having a good time a “super villain” came out and dropped “bombs” on you guys. They were balloons and you had to run around and pop them as fast as possible to “save the city”. Everyone was having lots of fun running around making the “bombs” blow up.

You both went for the same balloon. You beat him to it. You popped it. You giggled in delight. He was mad. He threw himself on the ground and started crying, frustrated that you beat him to the balloon and that he didn’t get to pop it. You noticed him, but seemed to move on to grab the next bomb that was being dropped. You were having so much fun.

That’s when something extraordinary happened.

Instead of grabbing the next balloon, one of the last ones, and popping it, you rushed to grab it and you immediately ran over to that boy, who was still lying on the ground, and handed it to him.

When your dad was telling me this story, it was at this point that my heart stopped. I may have got a tiny bit teary eyed.

The truest test of one’s character is how they act when they think no one is watching.

Well, your dad saw this whole thing take place. You had no idea he was watching your every move, you were just doing what you thought was the right thing to do. As soon as it happened he called you over to him. He hugged you as tight as he could, kissed you on the top of your head and told you how proud of you we are.

You smiled at him and said thanks. Then ran back to the obstacle course to keep playing.

From the time you took it upon yourself to thank soldiers sitting in a restaurant for their service, now to this, I am continually amazed by your kind heart and your thoughtful, gentle nature.

You really are a super hero.

I am so proud of the little lady you are becoming.