It was something we talked about long before their was ever an engagement ring on my finger…Three kids.

Now fast forward about ten years, a giant mortgage and two kids later…a lot has happened in the last ten years…especially the last 5. Three kids is no longer in the cards for us. For a variety of reasons, really. We don’t think it’d be fair to Rylee at a minimum of 6 years old to be starting over, again, with a baby. Where would we physically put three kids? Then there’s the whole money aspect of it all…our financial situation is much different than we thought it would be during those dreaming years. A third child means we’d need a new car….new cars cost money. And three kids in daycare, well, that’s a lot of money too. We want to pay for our kids to go to college…putting three kids through college wouldn’t be an option. We want to retire someday…preferably before we’re in our seventies. Not to mention we’ve already got two weddings to pay for someday.

There’s a number of people that have told us to do it anyway. That we’d figure it out. If there’s one thing about us, it’s that we don’t rely on the “we’ll figure it out somehow” rule. If that were the case, our girls would be two years apart and not four. We would’ve bought a new car years ago instead of driving around the ghetto-fabulous Buick.

These girls of mine are growing so fast. Rylee will be starting kindergarten in the fall. She can’t wait to ride the school bus. She wants to get her ears pierced. She’ll be transitioning to a booster seat before long. Reese is a crawling machine. She’s got three teeth. We just bought her size 3 diapers. Andy walked into get her after nap one day and she was sitting up in her crib. She pulled herself up to standing the other night.

I used to make fun of moms that talked about getting all emotional and weepy going through and getting rid of their baby’s outgrown clothes. Now I get it. I’ve become that mom. As I go through all of the outgrown baby clothes, I hold up nearly every piece. Think about the memories each one holds. Both my girls wore these. I’ve set aside my favorite pieces to hold on to for my sisters when they have kids. I’ve also set aside a few of my very favorite pieces, like what they wore home from the hospital, to keep in my cedar chest.

Last week when Reese was sick she didn’t want to nurse. At first I thought no big deal, but as the days went on, I wondered if she was just done with it and my heart sank.

I knew right then and there in my heart, I’m not ready for this journey to be over.

It’s a very surreal feeling…coming to terms with being done having kids.

My heart is absolutely full, overflowing even, just watching my 2 girls together, but there’s still that little part of me that thinks…I always thought we’d have three. 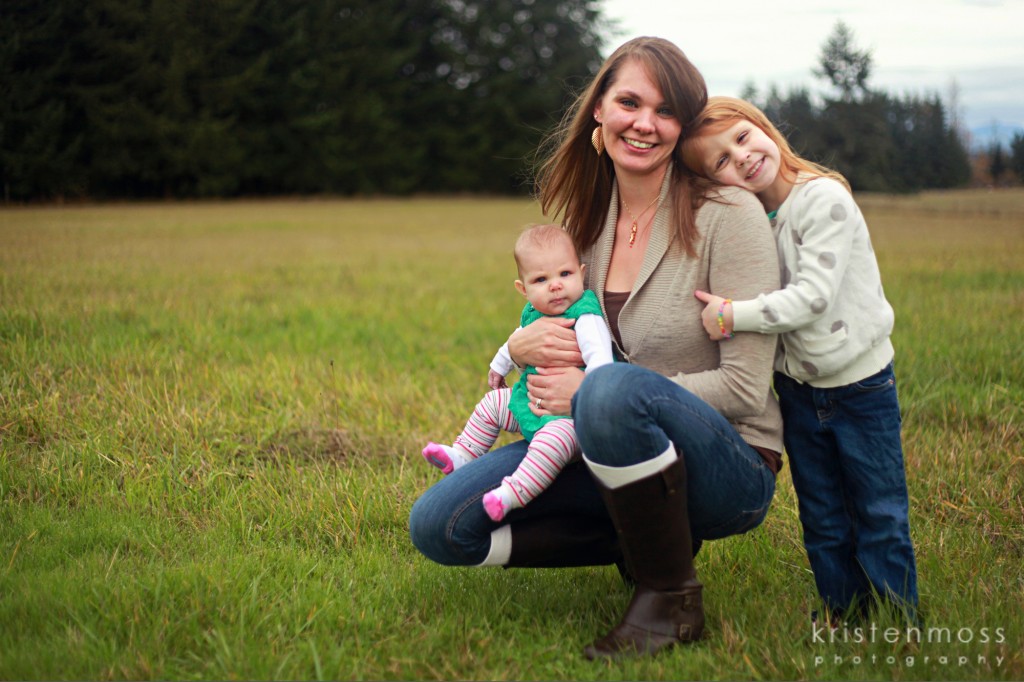 15 thoughts on “I always thought there’d be three.”