I talked a little bit about our baby name struggles here a while back.

We struggled. A lot.

Andy & I had talked about Reese Kallen as being “THE” name for a while. But I wasn’t quite convinced.

I’d loved the name Reese for a long, long time. Andy randomly found the name on a baby naming website one night and threw it out there. I was so shocked that he liked it that it instantly became the front runner.

I had come up with Kallen before I was ever pregnant with our second. I love the idea of family names (Rylee’s middle name is Vivian, after my grandmother). My sisters are two of my very best friends & so special to me that wanted to incorporate their names somehow, but didn’t want to choose just one sister. Kallen is a combo family name that I sort of ‘made up’, but fell in love with {KAtherine + KeLLi + KristEN = Kallen}. I threw the idea out there to Andy and he thought it was great.

So, Reese Kallen…we both liked it, but like I said, I still wasn’t convinced.

Not long after that post about having not name and my head pretty much exploding, Rylee was being her cute self and stuffed her beloved blanket up in her shirt and declared that there was a baby in her belly.

I asked her what she was going to name it. She told me she didn’t know. Then I asked her, “well what should we name the baby in my belly?” She looked at me point blank and said “Reese.”

I was convinced that Andy and put her up to that…I shot him “a look” and he swore up and down she came up with that all on her own. I didn’t know she’d ever really paid attention to the conversations Andy & I were having.

I sort of brushed that whole thing off.

Then a few weeks later, during dinner one night, out of the blue, Rylee said “I can’t wait for my baby sister Reese to be born. I think I’ll call her Reesie sometimes.”

And just like that, we knew her name would be Reese. 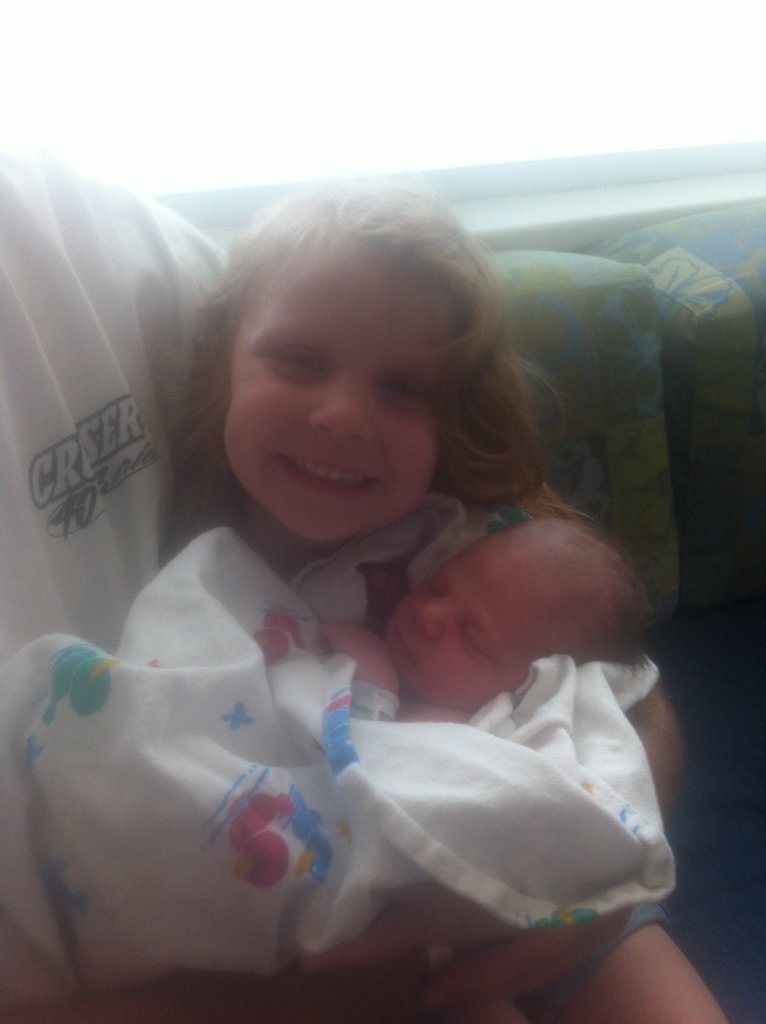