It’s hard to believe that what I’m about to share is any semblance of normal, but considering the last 2 weeks? This weekend was as close to normal as it’s been in a very long time.

And it was perfect.

Friday afternoon I saw SUN! And since we were going on over 48 hours of no power, we decided to BBQ some dinner. Ry & I swung into the store to grab some chicken breasts, fresh bread and a pineapple. It was such a nice change from fast food/takeout. We rounded out the evening by cuddling up on the couch and watching a movie on my laptop.

Saturday morning Ry & I were munching on some stale bagels while Andy snoozed on the floor of the living room. All of a sudden we heard the beep of the microwave. Finally! After 72+ hours of no electricity, we had POWER! Hooray! No joke, within 45 seconds of realizing we had power, Rylee asked for Saturday morning cartoons.

We were still lazing around all in our PJs. No teeth had been brushed. We still had no water, so no showers were taken. Heck, I hadn’t even put a bra on yet. When we hear a car pull down the driveway. The medical examiner for our life insurance was here! We had completely forgotten about our appointment. Dishes were STACKED in the sink & on the counters of our kitchen. Blankets were strewn all over the living room from sleeping near the wood stove for the 3 previous nights. Our house, and we, were a big fat hot mess. Thankfully I at least had time to put on a bra before the guy made it to the front porch. Andy met him outside and warned him. He was totally cool about the whole thing, but, seriously, talk about embarrassing!

After we peed in our cups, had our blood drawn and went over mountains of paperwork, our plumber friend was over to officially fix our water system! Power and water? In one day!? It was like a dream come true. And just like that, I was no longer feeling like Laura Ingles Wilder. I did dishes! I started a load of laundry! I showered!

After a quick trip to Target, we spent the afternoon doing more laundry and dishes, I cleaned out the fridge…that was depressing, and then we started getting Rylee’s new “big girl room” ready for the big move! I even got to cook dinner that night…using my oven. Seriously, it was a good day. 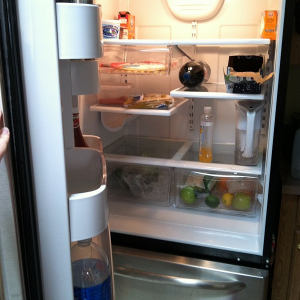 Sunday we hit Costco and the grocery store and spent a small fortune restocking our fridge. Then the rest of the afternoon was spent doing more laundry and finishing up Rylee’s room. We still have a couple of projects to “officially” complete her room {I’ll do an official post on all the details then}, but for now here’s a quick sneak peek… 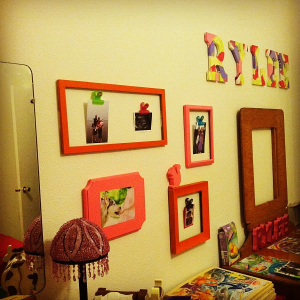 Dinner last night consisted of grilled cheese sandwiches with avocado, bacon and tomatoes. Oh.my.gah. They were so good! Andy and I both agreed we could have another. {For the record? He already had 2 and I already had 1 and a half…they were that good}

Oh, and while cleaning out what’s now Rylee’s room, we needed some storage tubs so instead of buying more, we decided the most logical thing to do was to start getting the newborn clothes out to free up a tub. That didn’t start freak me out or anything…homegirl still has no name, but has a dresser full of clothes… 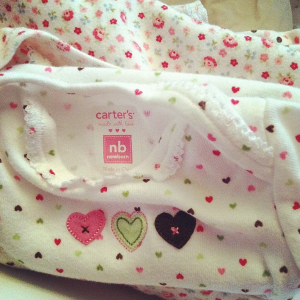