When I first started thinking about Rylee’s birthday party there was the great debate of is she old enough to throw her a “friends” party? I had this whole big Dora themed, DIY adventure party planned complete with star catching. Alas, we decided to wait at least another year before we do the two party thing.

So I stuck with a semi-Dora theme…think stars and a lot of pink and orange. And since my kid is CRAZY and doesn’t like cake, I opted to go for an ice cream sundae bar and cake balls. Success.

The afternoon was filled with family, friends, love and laughter. 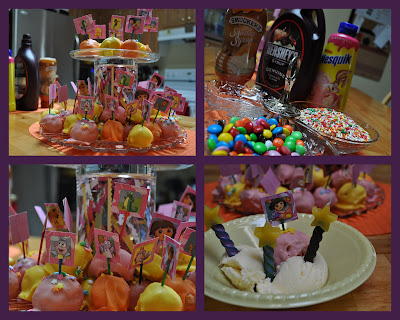 1. Home made cake balls. Recipe founds HERE. I used Wilton’s vanilla flavored candy melts instead of chocolate. The picks I made with colored toothpicks, Dora stickers from the dollar store and scrapbook paper. The “cake stand” I threw together with a couple of platters and a vase stuffed with leftover pink, orange and yellow paper scraps that I had. 2. Some sundae toppings! 3. Close up of some cake balls. Even went for some star shaped sprinkles! 4. Ry’s uh, cake? I found these star shaped candles at the store on a whim. HAD to have them! 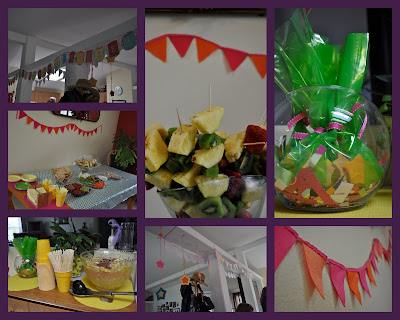 1. Homemade birthday banner. Which I may have saved from last year. 2. Fruit Kabobs. Because duh, I bet Dora loves pineapple. 3. Some favors: I used the leftover candy melt and made some star shaped candy. Put them in some green favor bags I had left over from Christmas and tied them off with some pink ribbon. Stuck them in a fish bowl on top of more leftover fun colored paper scraps. Which I might have forgot to give anyone which is why they are sitting on my kitchen island. Whoops. 4. A pretty orange and pink bunting sent just for Ry’s party courtesy of the lovely Miss Emily over at UffDa Designs. (more on this later!) 5. STARS! Made them with orange, yellow and pink scrapbook paper and stencils I had on hand. Strung them up with pink and orange ribbons. 6. Raspberry lemonade to help quench some thirst. Plus it’s yellow and pink. 7. Food. Just kept it simple with some veggies and chips and salsa. Again, I bet Dora loves salsa and guacamole. 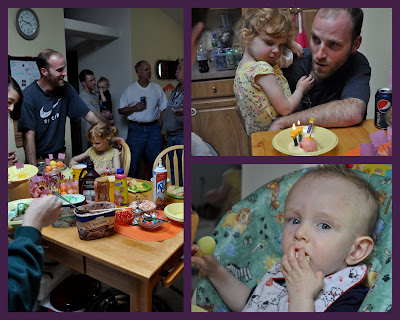 1. Ry enjoying her birthday sundae and people making their own sundaes! 2. Rylee not so sure about everyone singing her happy birthday. 3. Connor’s a fan of the cake balls. 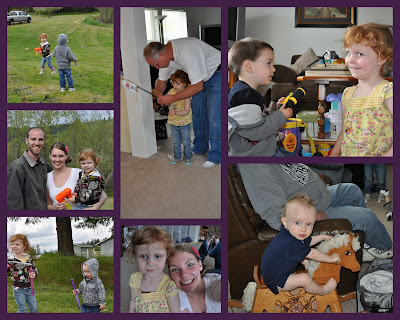 1. Ry and Kian testing the awesome-ness of her new bubbles. 2. Papa showing Ry how to cast her new fishing pole! 3. “Here kids, get together and say cheese!” Yea right. 4. Connor’s so cool he doesn’t need pants to ride a horse. 5. Mama & Ry self portriat. 6. Ry showing Tussin Tonner how to use the bubbles. 7. Family pic! And, if you didn’t notice, I totally may have had Emily at UffDa make me a poppy headband to coordinate with the party. Maybe.